We’re all going to sit down and listen to an inspiring story of wilderness survival.

This spring, I saw an Investopedia article on six misguided home improvements, which included:

Around the same time, Nicole Balch of Making it Lovely wrote on the difficulty of maintaining her home’s mature garden. Upon moving in:

The neighbor tells us the previous owner was always out there working on things like it was her full-time job. Come on, we think. How hard can it be?

As I’m sure you guessed, the answer is PRETTY DANG HARD.

I brought gardening on myself, and I love it, but it’s less fun if you don’t keep up with it. Last summer, we were so wrapped up in the (still ongoing) remodel that I left the garden mostly to its own devices. The plantings all did just fine, but so did the weeds and general decay. 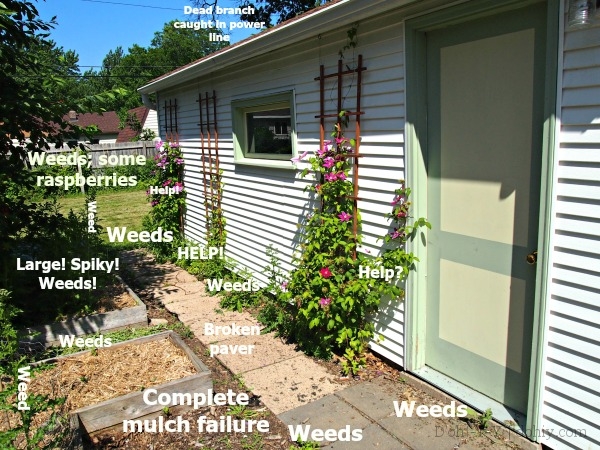 The quick onset of decline surprised me, because I have a cottage garden — the whole idea is that it’s a little crazy. THAT’S WHY I PLANTED A COTTAGE GARDEN. It’s a profusive and forgiving form 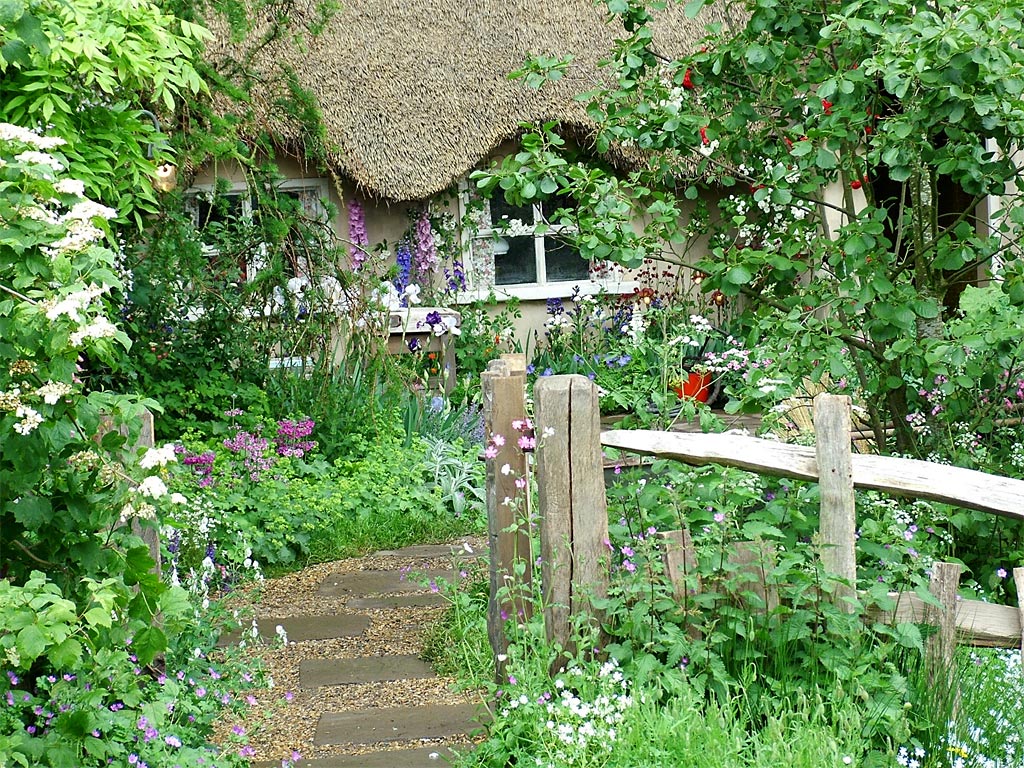 Cottage garden: Lots going on, so not every weed is going to drive you crazy (via)

But it turns out that a year of neglect is a year of neglect, regardless of garden style. Even the areas that look acceptable at first glance have issues to be addressed. Hostas are great for covering up problems, but the results of taking a year off are there nevertheless. 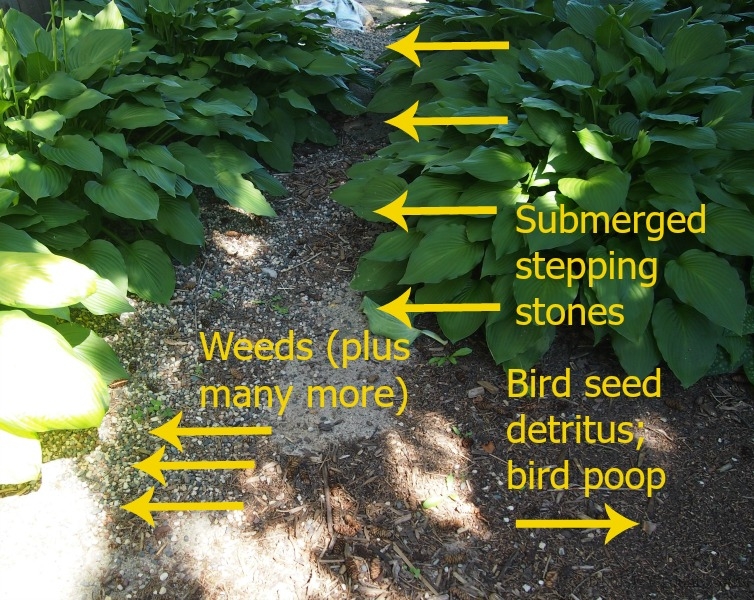 (Nicole’s garden is far more formal — I really feel for her!)

Since we decided that we weren’t going to knock ourselves out on the house this summer, I’ve had some time to knock myself out on the garden. (It’s better than watching the news.) The front of the house and about a third of the back is about 85% in shape now, thanks in part to buying a truck. 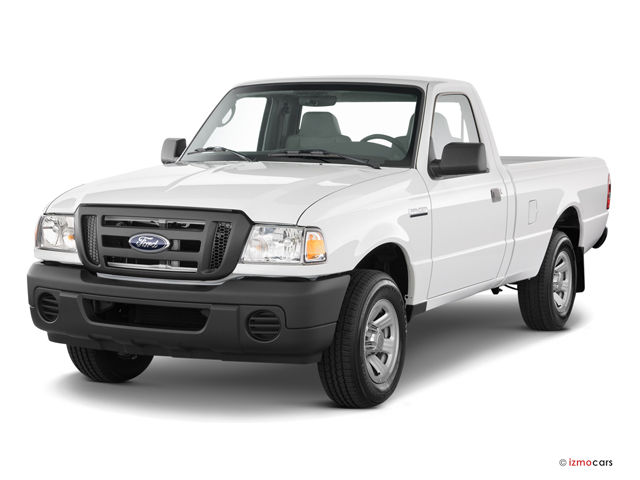 Oh, how I have missed owning a truck! I know my redneckitude is showing, but between the DIY and the gardening, it’s just so convenient. There were Other Good Reasons to pick up a pickup, but it certainly is making the garden mess disappear faster. That compost doesn’t haul itself!

Even with the truck, the rest of the back is going to take some more time, and possibly a machete. We decided against moving our cherry tree — turns out, it’s too big to move, but too lovely to chop down. Keeping the cherry tree means losing the surrounding Tetris-shaped raised beds that it now overshadows. Really a shame, but the wood sides are starting to succumb to the elements anyway (or so I rationalize). Removing those and redistributing the dirt will be a big job. I might hire me some teenagers. Really burly teenagers.

Despite the garden getting away from me, there are still good things happening. The monarchs arrived this weekend, and we have a new hummingbird this year, plus more goldfinches than ever. Our apple trees are bearing for the first time, and my sickly clearance-sale Zephirine Drouhin rose is finally coming into its own. Even a messed-up garden is a good thing, and the neglect can be put right (eventually). The fact that it blooms regardless is a reminder not to take it for granted. 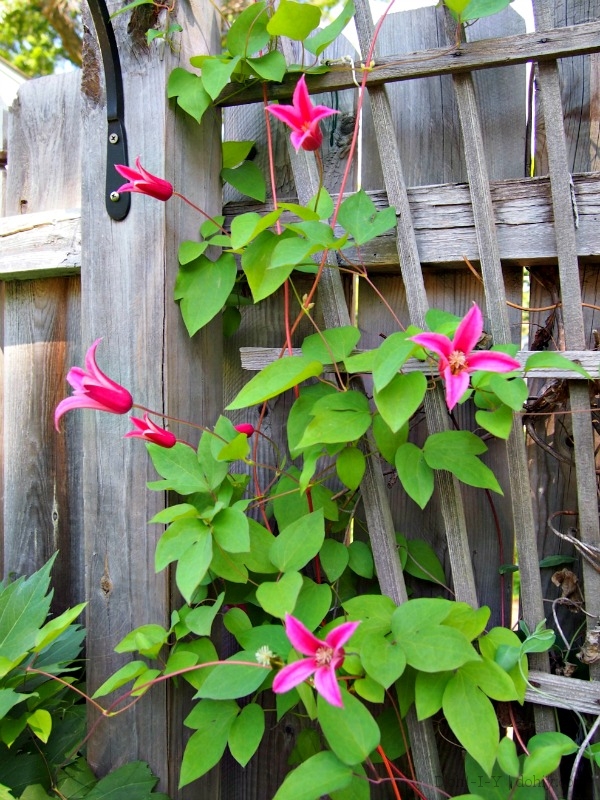 Experts might say that extensive gardens are not good returns on investment, and they might even be right. But you can’t make every decision on financial grounds or maintenance requirements. The garden does far more for me than I could ever do for it.