The monster is me! Who’d a thunk it? 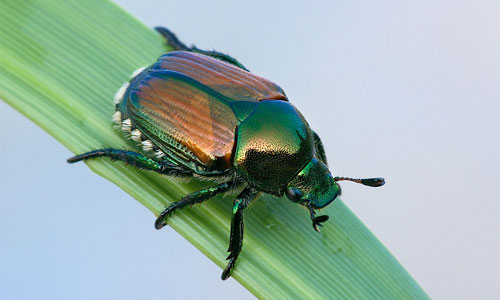 “Look at my iridescent exoskeleton! It’s shiny!” (via)

So pretty! They don’t bite people or pets, and they are fairly easy-going. But they are not from here, and that’s a problem because they don’t have the natural predators that keep them in balance at home. Here, they just roam at will, skeletonizing leaves and having sex in public.

Not sure if that’s a queue or an interested onlooker.

Here’s a good, short description of their life cycle.

You can buy beetle traps that attract the bugs then funnel them into a bag, but unless you put that a long way from your plantings, you’re attracting bugs to your garden. People either love or hate these; I can’t figure out where I can place one far enough away from my plants without it interfering with the neighbors’ gardens. 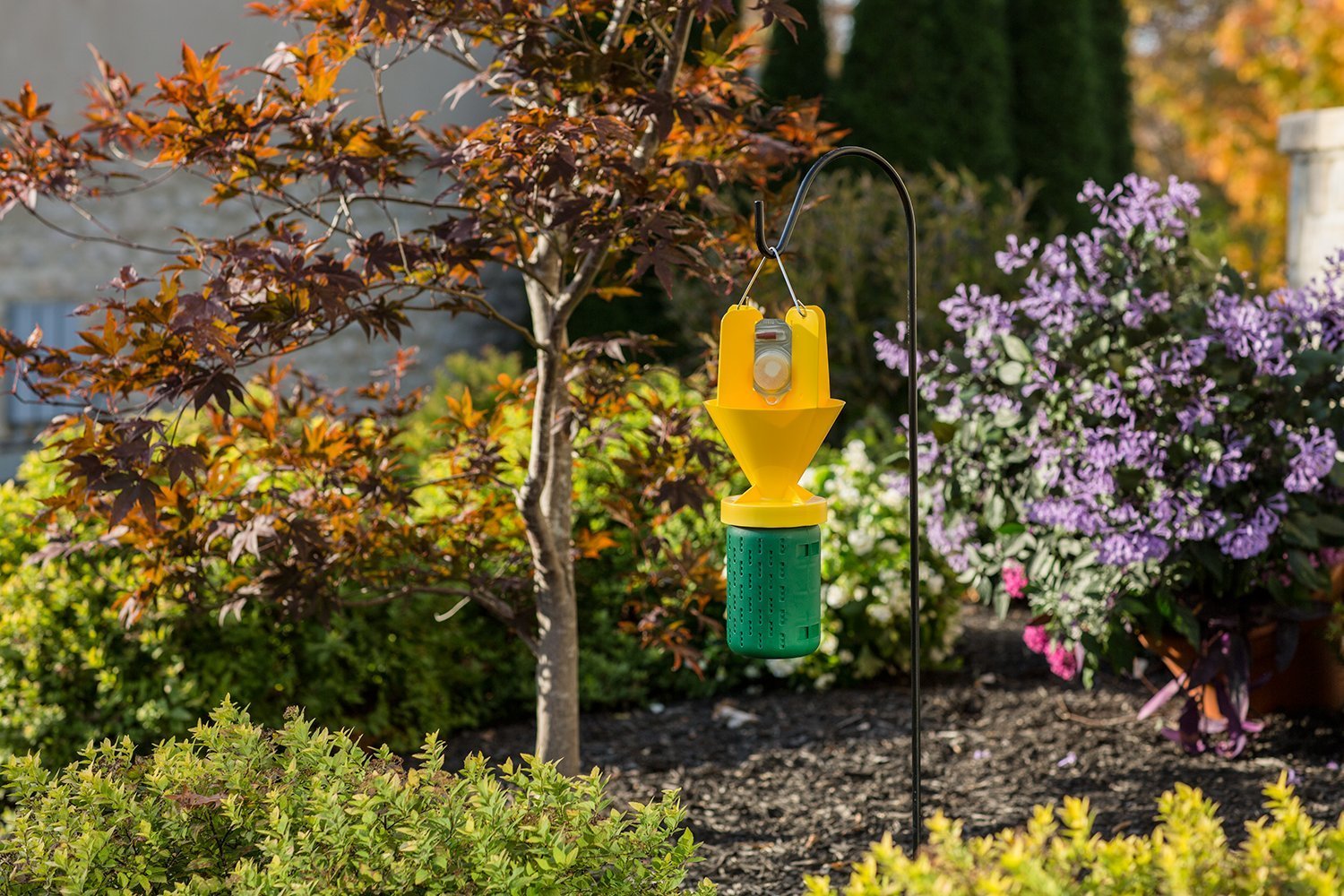 1. Soapy Water Bath. Beetles congregate on plants they like, so you can find concentrated populations/orgies. Depending on your tolerance, you can pick them by hand or knock them off with a stick. Either way, drop them straight into a bucket of soapy water. The soap makes the water hard to get out of, so the beetles drown. Bad karma, but fewer beetles.

2. Bag ’em. At twilight, the beetles are dozy. You can cut entire leaves off target plants and transfer them with their beetles into a trash bag. Then seal up the bag and toss it or compost once the beetles are dead. Further bad karma, but fewer beetles faster.

3. Grub Step. Japanese beetles lay eggs in the ground, which become grubs. You can apply grub treatments to your lawn, but unless everyone else does it too, you’re still going to have beetles. (Note that lots of grubs can ruin your lawn by chewing the roots off your grass, but that’s not as common.) When you are digging in your garden, if you run across a C-shaped white grub about an inch long, stomp on it. One fewer beetle.

I typically use the soapy water approach, but started bagging them this year. Bagging is a faster way to get more bugs, but you do have to cut some of a plant off. If the beetles have been busy, the leaves in question may be pretty much gone anyway. 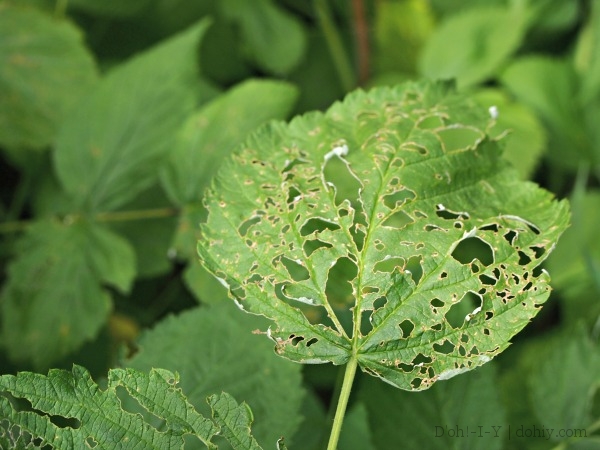 Under either technique, some beetles will fly away (and some may land on you — remember they do not bite!) but most of them will just sit placidly on the leaf if you don’t flap it around too much. They make it easy to kill them, but they compensate for that in sheer numbers.

Not a fun task, but necessary. I only combat the bugs that cause serious damage, versus minor cosmetic chewing. Fortunately, the beetles focus on the raspberries and the Virginia Creeper almost exclusively.

Those are my tricks, such as they are. Holler if you have a technique that works for you.