Not too long ago, we found a small chip on the edge of the sink. It was virtually invisible, but we knew it was there, and it made us both a little sad. We can’t think what did it, because the quartz is pretty dang tough. If it’s going to happen anywhere, though, it’s on an edge.

I found a repair kit online with great reviews. I was slightly skeptical (as is my way), but I ordered it. 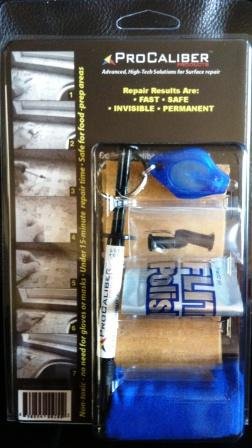 The kit includes a clear (non-yellowing) epoxy mixer, a UV light, and some polishing compound. You ooze some of the epoxy into the hole and place a piece of clear plastic (a “curing strip”) over the goo to level it. To set it, there’s a tiny UV light. I rigged up the light (taped to a piece of Tupperware in the sink) so that it was directly on the spot. I left it there for much longer than the two minutes the kit specified. This additional time probably didn’t do anything further, but it made me feel virtuous and thorough. Then you buff it with the world’s tiniest piece of sandpaper, and no more chip.

The ProCaliber kit is easy to use and there’s a fair bit of product left over in case we ever have to do this again (although let’s not have that happen). Here’s a video on how to do it (this post NOT sponsored by ProCaliber, incidentally — I imagine there are competitors offering more or less the same thing):

The repair is like a vampire: it doesn’t show up in photos (or is that mirrors?). It looks like nothing ever happened. Can’t even feel a difference in the surface. RESULT!

I imagine it’s particularly good on light-colored granite and quartz like ours, but the reviews seem to cover all sorts of surfaces. For the price (around $30 online — Google for the best price), it’s certainly worth a try if you have a chip. You can always call a repair service later if it doesn’t work.

PS: If you follow us and wonder what’s been keeping us away from the blog, it’s just a whole lot of Stuff — a little travel, a lot of work, some nasty recurring cold/flu bug, and now the mid-winter slump. On the travel front, we went to see family in the UK, and took a side trip to Munich and Nuremberg, which was great. 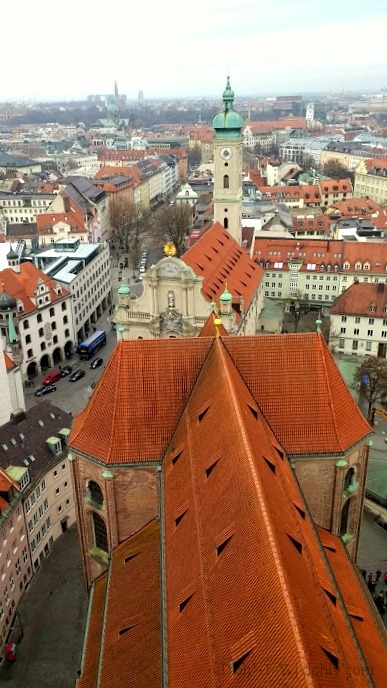 Munich, from a tiny platform on top of a church

Getting back into the blog swing now — I have missed it!