My work is done. Now to reward myself with a case of wine.

I picked up a little steam from finishing the fort, and decided to pick something else achievable: closing out the electrical permit. The electrical has been up and running for a while, but to get the permit closed, we need a final inspection. That meant buttoning up the remaining items in hopes of a one-stop approval.

There were a lot of fiddly things to do, but we thought that was it. And then we had a last-minute panic involving TAMPER RESISTANT RECEPTACLES. 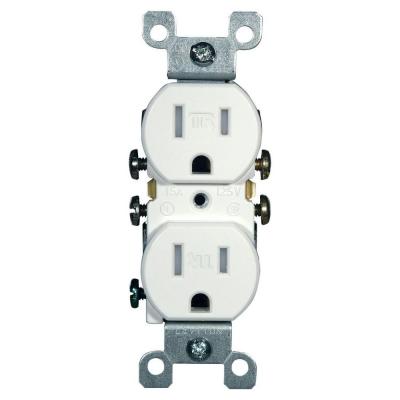 TR receptacle — see how the slots are closed?

I was so excited about making sure that I had the Electrical Code’s arc fault requirement pinned down that I somehow missed this more basic “new” (2008) requirement. All receptacles need to be tamper-resistant.

When I was a kid, I playfully pulled the vacuum cleaner’s plug out of the wall, upon which my mother appeared over me and impressed upon me the importance of resisting the temptation to tamper with an outlet. 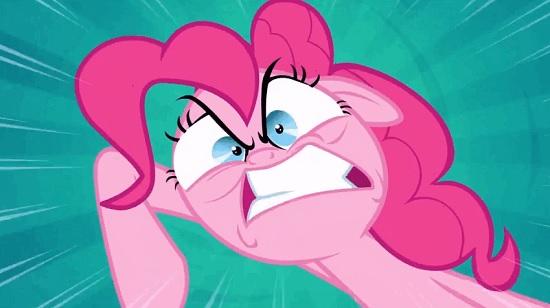 In my toddler memory, Mom appears as Pinkie Pie of My Little Pony fame.

Because parents can’t be everywhere all the time, the “resistant” part is now built-in: plastic shutters inside the slots that will only open if both slots are accessed at the same time. The hypothetical child-tamperer would have to work pretty hard to stick something into both slots simultaneously. 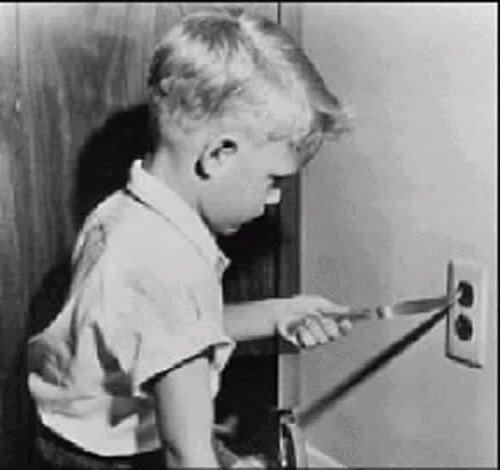 A single-implement approach is more traditional.

The tamper-resistant receptacles were about $1.25 apiece at Menards, compared to $0.39 for un-tamper-resistant (tamper receptive?) outlets. That they have in huge bins at eye level. Even though they can only be used residentially above five feet or behind large appliances. And most DIY store customers are homeowners. 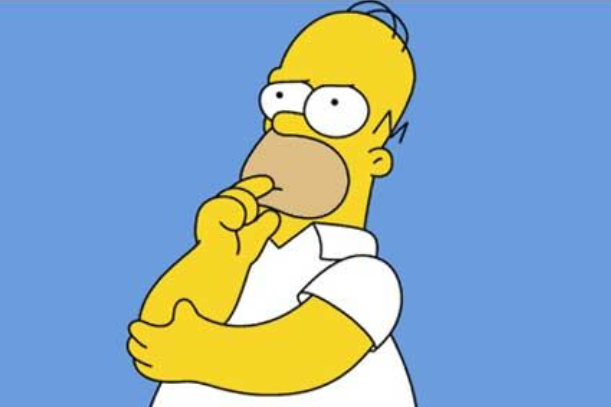 Maybe the margin on obsolete receptacles is high? And big box stores don’t care if they meet code or not? Mostly the latter, I suspect.

There’s only so far you can trust a place selling you something. After all, some tile guy at Menards recently suggested we use Liquid Nails for ceramic tile installation. Compelling idea, but completely goofy. WHAT’S THE MARGIN ON LIQUID NAILS, MENARDS?

[Having said all that, commenter Marie noted below that some cities might still be on the prior version of the code or allow like-for-like swaps. Both may well be true, as well as the fact that Marie is more charitable than I am.]

But I digress (in all-caps). Back on topic, this requirement also includes GFCI outlets, which are rather more than $1.25 each. 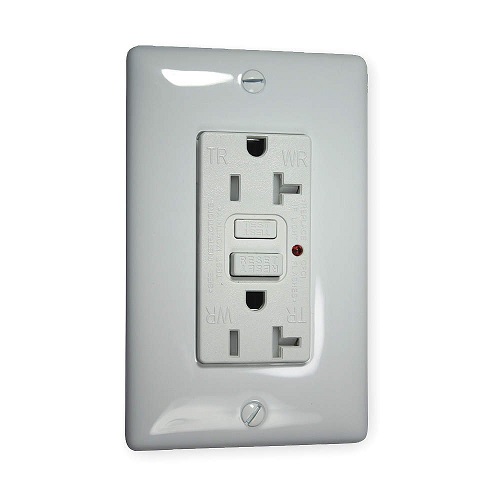 All told, we had three GFCIs and over 20 regular receptacles to change out. When we chatted with the inspector about the switch, he said, “Yeah, and there are a LOT of outlets up here!” Dude. I know.

Anyway, they are all in now, and we passed the inspection. WOOOO! What I haven’t passed is the upper-body-strength test for plugging in my hair dryer.