Earlier this year, I noted that appliance deaths come in threes. We’d done a dishwasher and a range, and I was hoping the next replacement would be a cheapie.

It wasn’t. The victim? We had a Whirlpool washing machine that came with the house. Judging by the styling, it dated from the early 1980s. I don’t have a picture, but it was similar to this one, but cleaner (and with a fake woodgrain panel). 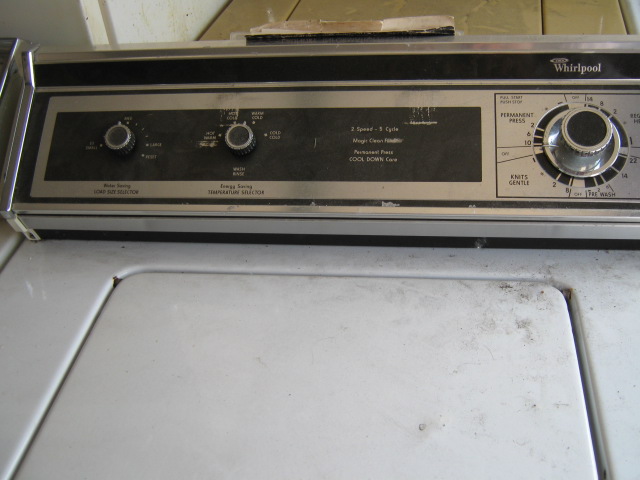 Our laundry is in an unfinished basement, so it didn’t bother me (much) that it was unattractive. We fixed it twice, and it worked, despite trying to break itself into pieces against the dryer whenever we washed towels. It could have been fixed again, but it just wasn’t cleaning very well anymore. Thirty-odd years is enough.

In an attempt to get a DEAL, we perused the Sears Outlet listings. Sears Outlet clears floor models, damaged goods, scratch and dents, and outdated products from regular Sears stores, including appliances. You can search by distance from your location, and they provide information on the condition of each particular item, sometimes with pictures. You can also go see the unit and buy there or online. 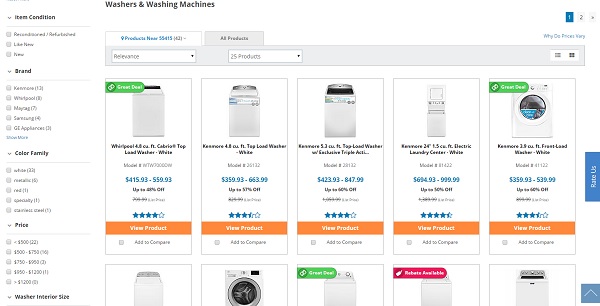 Since I have little interest in creating a pretty laundry room, I didn’t care if the washer had a minor ding or two as long as it was fairly efficient and cleaned clothes for a reasonable price. 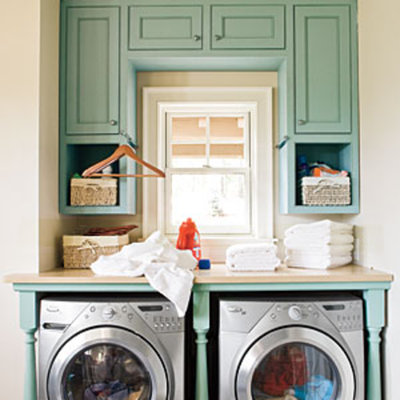 So not my laundry room (via)

We decided on a Maytag high-efficiency top-loader. I know it’s not stylish these days, but I like top loaders, and it fit into the space we had available. 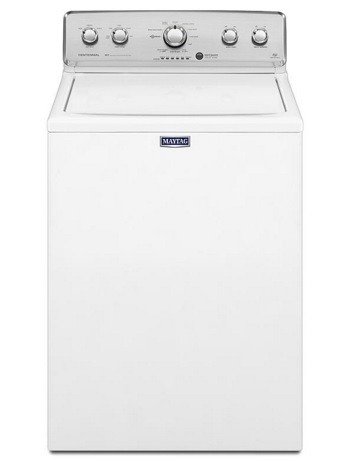 Either there were condition issues that weren’t listed or the warehouse guys ran into it with the forklift. And some chains. These machines aren’t boxed or crated, so anything could happen. I received a call from the delivery driver about an hour before he arrived, saying, “We’ll be there soon, ummm …. and ……….. umm ……. well ……. you-know-how-this-unit-has-a-huge-dent-in-the-back?” 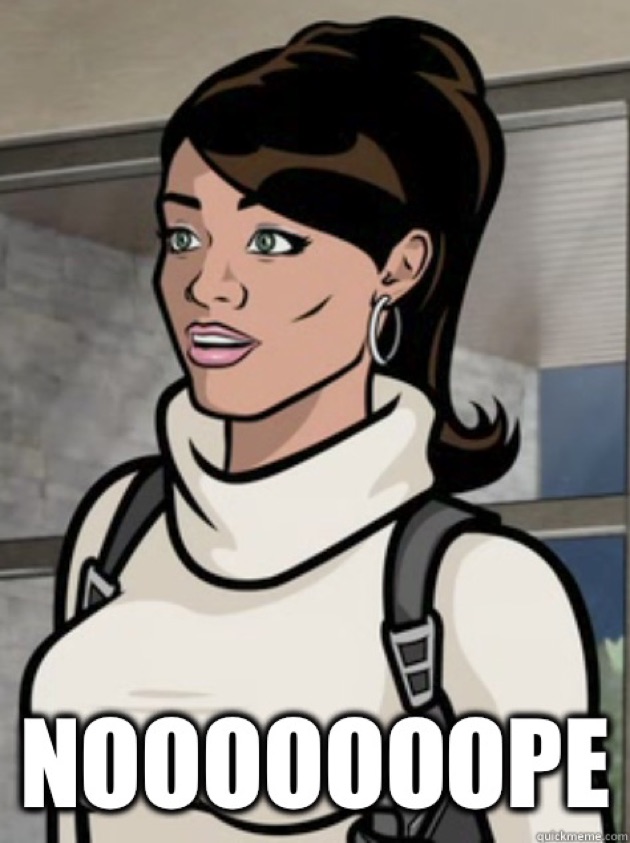 We agreed he would bring it anyway so we could decide if we still wanted it. I didn’t take a picture, but it was a pretty damn big dent in the bottom frame and back cover. The frame piece was kinked about two inches out of square at impact, which had warped the back cover and side. But nothing was touching the machinery, it was under warranty, and we needed to wash some clothes, so we took it. Kev beat out the dents and reassembled the back, and I primed the bare metal. With the high-contrast yellow primer we had on hand. IT’S THE BACK OF THE MACHINE.

After installation and clean-up, though, I realized I was going to need some white appliance paint. There were some substantial scratches that hadn’t been mentioned in the product listing. Anyway, painted it up and it’s fine now. 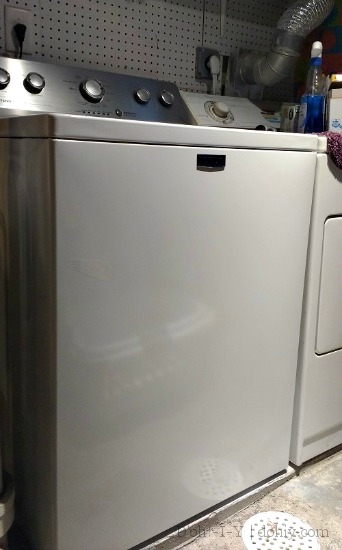 Spectacular, right?? I told you it wasn’t a pretty laundry room.

And it runs great — I’m pleased with it. But would I use Sears Outlet again? Probably not.

If you want to give Sears Outlet a try, definitely go to the store and take your own pictures of the appliance, especially if you have a yen for a pretty laundry room.

By the way, where the heck have I been?? Ben and Lois got married (yay!!!!), so we’ve been out of the country for that, then holidays, work emergencies, teaching, etc. Let’s call it a blog sabbatical.