I got the idea when I noticed the refrigerator was cold.

Previously, I talked about the three options we considered for the air conditioning. We ultimately went with regular central air, running the ducts through the attic space.

Central air has a few basic components. In a house with original forced air heat and associated AC, all these pieces are in close proximity. 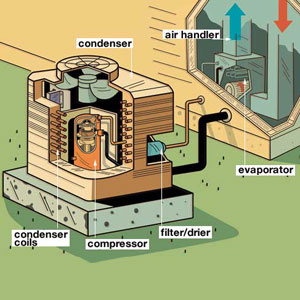 When retrofitting, the different pieces might end up being more spread out. In our case, there were two options:

The second choice was the more efficient use of the space we have. Putting ducts in the basement would have reduced headroom in a space with very little headroom from the get-go. The attic option didn’t hurt headroom anywhere, and ceiling vents are easier to place than floor vents in such a small house. 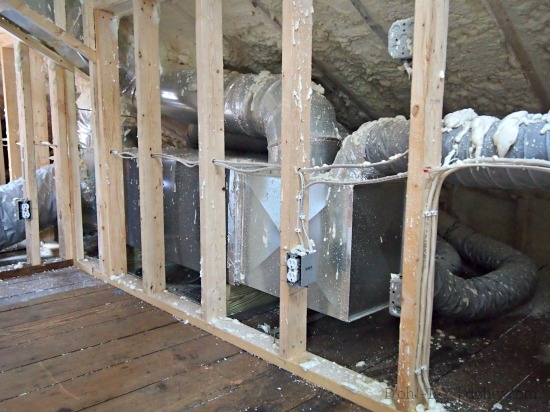 Air handler behind the knee wall, bedazzled with foam insulation

The air handler is connected to the compressor via a conduit that runs down the outside of the house. It resembles a downspout. 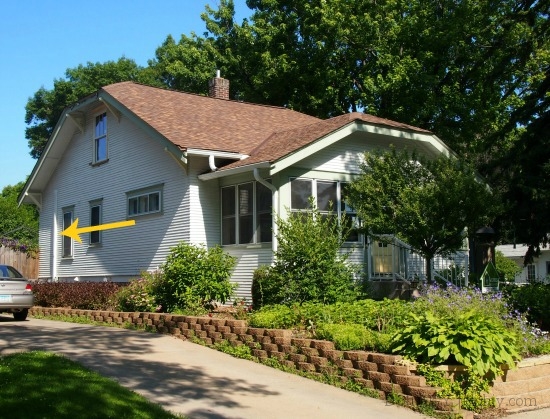 The ducts go to different rooms in the ground floor through some exaggerated ducting. 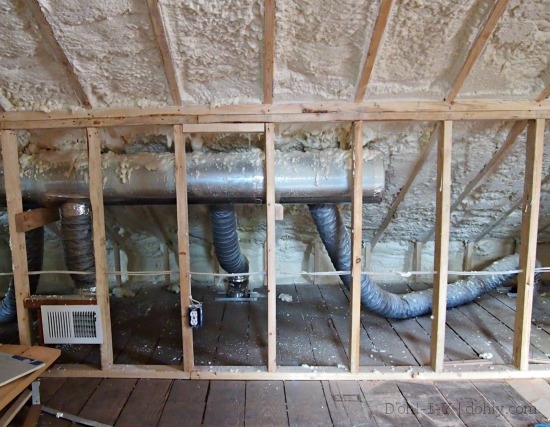 Each flexible duct goes to a ceiling vent (in this case, dining room and then two to the living room). You can also see one of the wall vents on the left (this one will be on the wall in the bedroom).

The ceiling vents are round, about 8 inches wide, and blend in with the ceiling pretty well. There are some prettier options I might look into at some point, but these are fine (arguably even when photographed with a flash at night, as here). 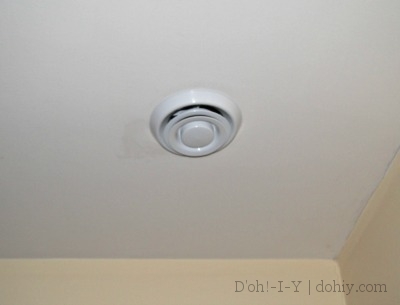 Meanwhile upstairs, ducts go to rectangular wall vents (as seen above). The only real shoehorning involved moving the air between the two sides of the house. The living space upstairs is flanked by two attic spaces, and vents need to pop out from both of them. The ductwork is bigger than for miniducts, and required a soffit to make the journey. The carpenter built a soffit structure that he centered on the bedroom door. He added some angles not needed by the ductwork to make it symmetrical. We think we will build in bookshelves underneath it to the left of the door. 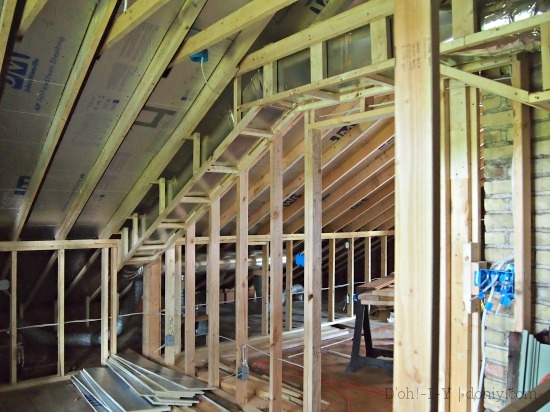 There’s a fair bit of AC sass-talk out there–it’s unnecessary and environmentally unfriendly!–but few argue with the corresponding idea of central heat. The system is more efficient than our former window units, and we are careful energy users. We went for a very efficient unit, and felt validated when a technician measuring how much power the system was drawing commented, “That’s, like, NOTHING.” With the insulation we’ve added, the house is now much more energy efficient overall.

And it’s just so wonderful. 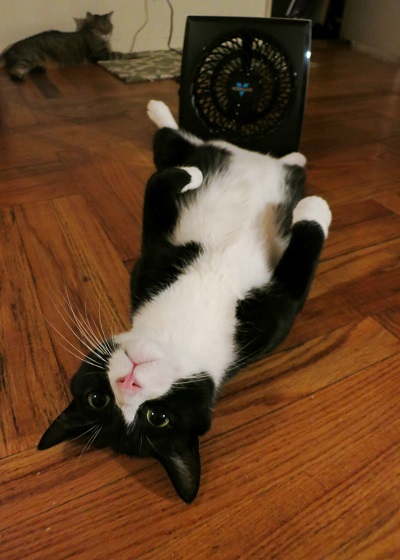 Apparently, you are unlikely to get your money back on retrofitting air conditioning, but I don’t even care.