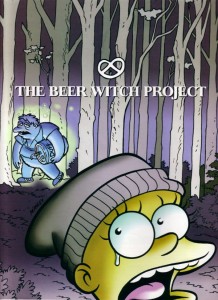 One surprising thing about having an enormous dumpster in the side yard is the non-surreptitiousness of the divers. I expected — nay, WELCOMED — such visitors. The more stuff that is reused, the better! But I did anticipate they would be more discreet. These divers back trucks up to the dumpster and roust about loudly, vigorously, and at some length.

What I did expect and didn’t get, though, was people dumping stuff. So far, only one obvious addition has been made to the container, and it was just a single bag of trash. Or maybe body parts. I didn’t investigate.

The actual depth of Stuff has been receding as the dumpster (UK: skip) is harvested for metal salvage, usable wood, and whatever else. Sometimes, that’s me — I’ve yanked flooring, hinges, and some window glass out of there myself. 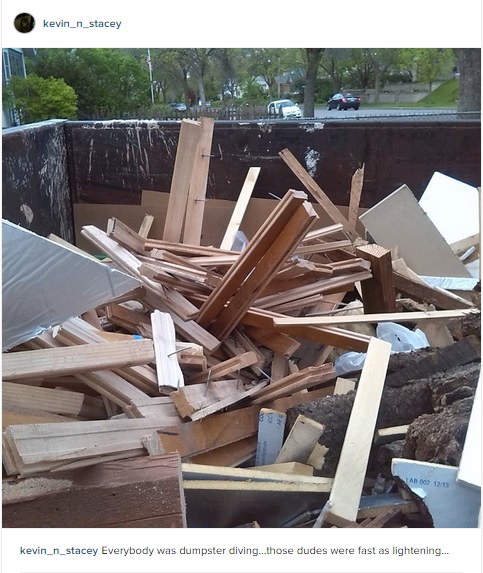 I can’t spell “lightning” when entranced by dumpster contents.

But at least one person is being more secretive. AND WEIRD. Rather than just taking wanted items, this person makes small piles of stuff near the dumpster under cover of … well, either darkness or just when we aren’t looking. I would have thought that they were prepping them for small loads on, say, a bike, but no. They just get rearranged a few times. When I’ve glanced in the dumpster, sometimes the selected stuff has been thrown back in there. What? 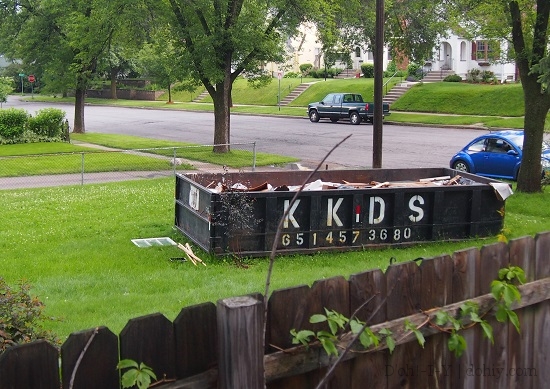 The items on the left moved around quite a bit in various patterns. We also had some festive (and too regular to be random) cardboard bunting, the remainder of which is intact at the right.

I haven’t photographed all of these arrangements, but they include:

This entry was posted in American vs English, Construction, Salvage and tagged dumpster diving, dumpster salvage. Bookmark the permalink.

2 Responses to The Blair Witch Dumpster