Vent Stack Calls it a Day

The vent stack from the kitchen ran through the loft space, but the plumber was relocating it. 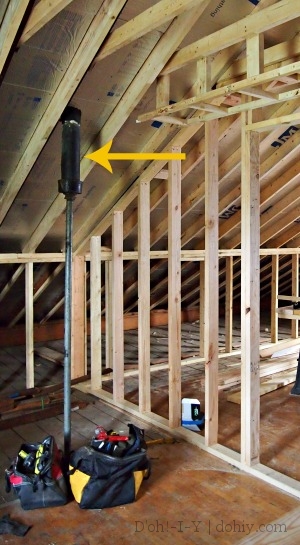 Before the plumber started working on it

I don’t have a picture, but the plumber had cut off the narrower pipe leading up to the cast iron thingy indicated by the arrow. That part was hanging from the ceiling. “Don’t bump your head on that,” I said to the AC guy the other day. See, I figured it was in there pretty solidly and wouldn’t give in any direction. 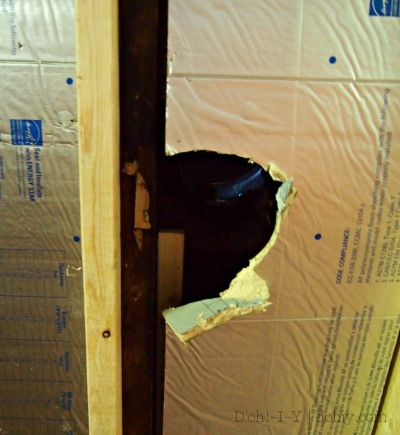 The only thing holding it up, it turns out, was some mastic. AND WHAT A MASTIC. It’s been hanging there unsupported for days. Until today, when it said, “What’s the point, anyway?” and let go. One of the AC guys was up there and he said when he turned to see why a bomb had just gone off next to him, the thing was still bouncing.

Luckily, it had something to bounce on! There were two 2x6s spanning the hole in the floor underneath it; otherwise, it would have gone straight through the dining room ceiling. It’s 50 pounds if it’s an ounce. 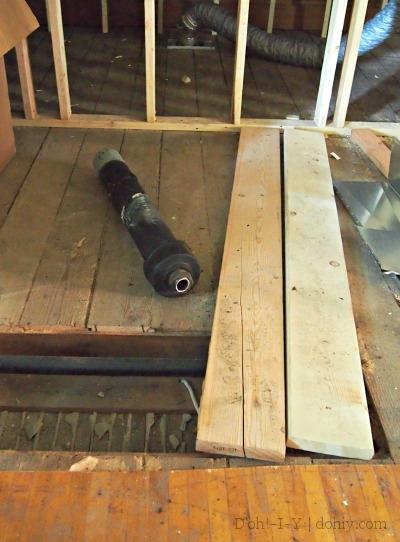 That crack in the left board is new.

We are all kinds of lucky. No one was in its way and it damaged nothing except that board. Scared the everliving snot out of Inigo, but who wants a snotty cat?

If I have a point (I don’t), it’s to not assume heavy things are supported in any way. So don’t stand under them. Actually, I guess my point is, “Hey, y’all! This thing fell out of the roof and made a big noise!”