Love Letter to a Doorknob

You are unique, you are special, and someday those things are going to come together and work for you.

When nephew Drew was about nine, he told us we needed to make our house more “modern” and “futuristic”. When pressed for details, he proposed renovations both large (new furniture) and small (painting the recycling can crusher). His recommendations focused on polishing up Chez D’oh’s finishes and fittings so it didn’t look so much “like the olden times”. He was so adorably earnest — it was really hard not to laugh!

Uncle Kevin & Auntie Stacey, as perceived by a 9-year-old.

Drew recently reached the advanced age of 12, but he is still interested in house design and still prefers clean, modern lines. We went on a walk around University Grove recently — an enclave of modernist homes — where he selected this house as his fave.

I also liked this one best. So what it’s not a bungalow? I’m an onion, I have layers. (via)

Over time, Drew has also come to (somewhat) appreciate the appeal of an old house. He is interested in the history of how things were made, and he likes to go to salvage yards to help search out whatever’s currently on our list. He doesn’t even roll his eyes anymore when I say, “It’s ok for something that IS old to LOOK old.”

But he will never get why my most beloved detail in our house is the bathroom doorknob. 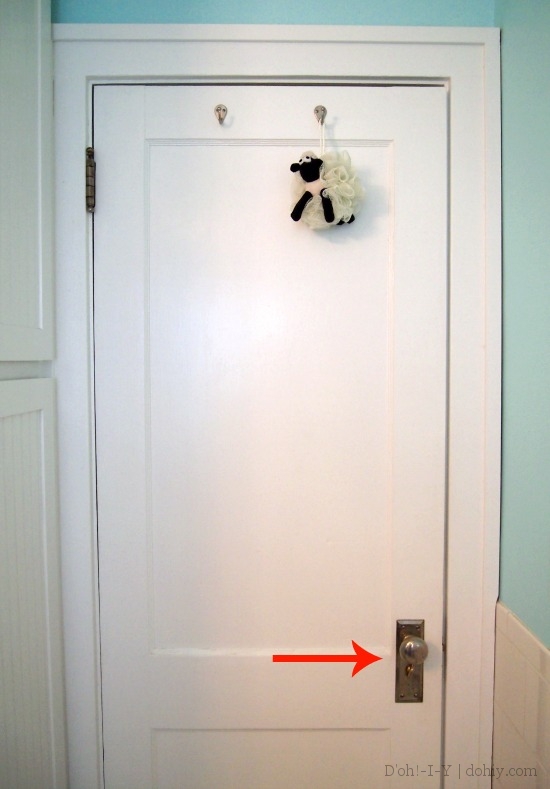 To be fair, I don’t think anyone gets that. But look at it! 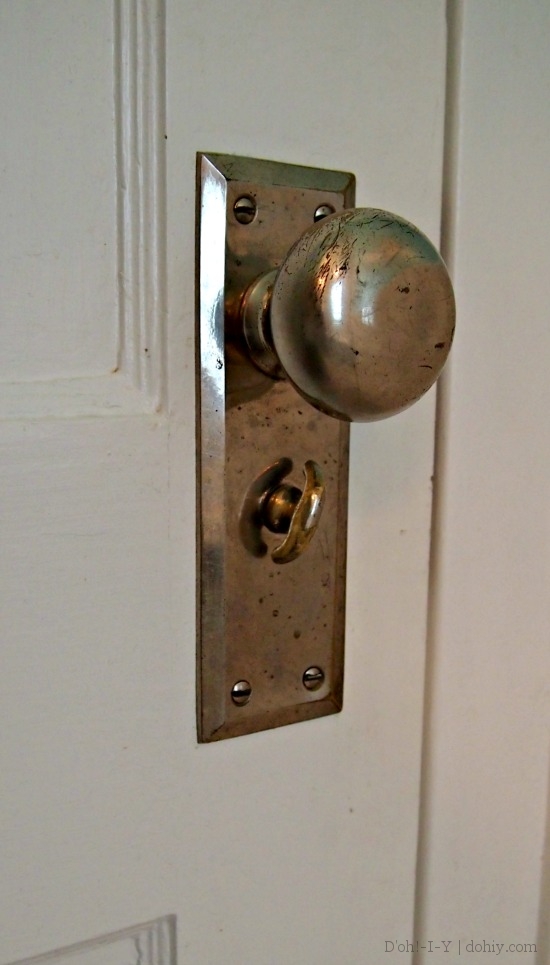 This doorknob is original to the house, which means that everyone who lived here used it, and often. It might be the most-used original piece of the house, and it shows. The chrome is scratched through to the brass from years of wedding rings, and the backplate has wear from being polished. And that off-center dent on the front must have had a good story! 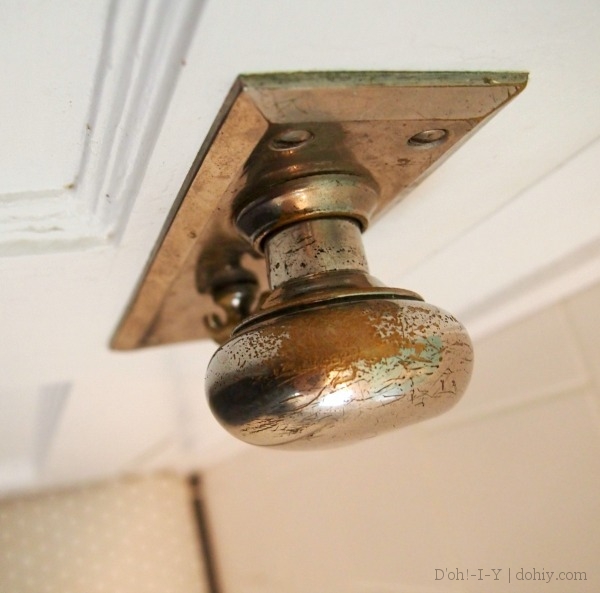 When we bought the house, the backplate and lock lever were painted over, but the lock was still operational — it just didn’t line up with the bolthole anymore. When the Kev stripped the paint and realigned the bolt, we saw why the mechanism worked so smoothly. Decades of people seeking privacy here resulted in smooth lock parts accustomed to working together. 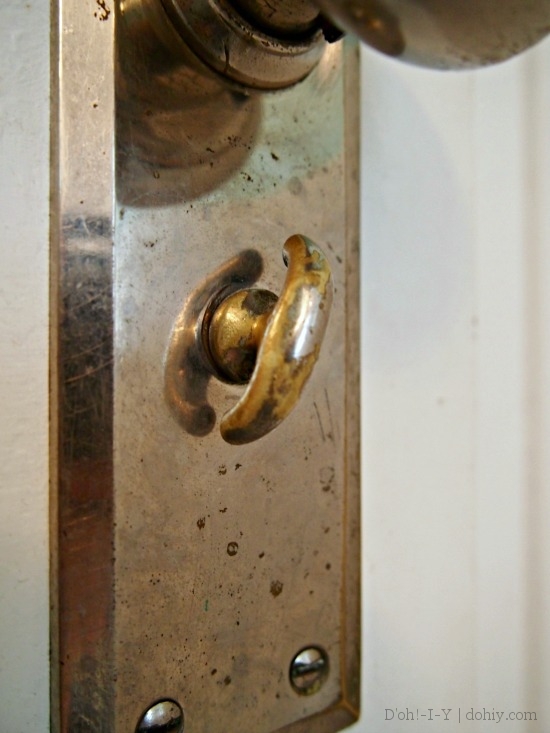 Despite its utilitarian and banal purpose (and placement), this unit was really made to last, and I love that it has done so, despite its battle scars. This doorknob has poetry and soul!

Or is it just me? Is it time to replace this thing? Would I love anything boring if it just lasted long enough?

If you own an old house, what well-worn thing do you love best?