Mr. Burns: We need some excitement around here!Smithers: Chinese checkers or domestic, sir?Mr. Burns: No, no. Something fun. Something the men will enjoy… like a safety drill! But what kind? Meltdown alert? Mad dog drill? Blimp attack? Ah…I think a good old-fashioned fire drill today. 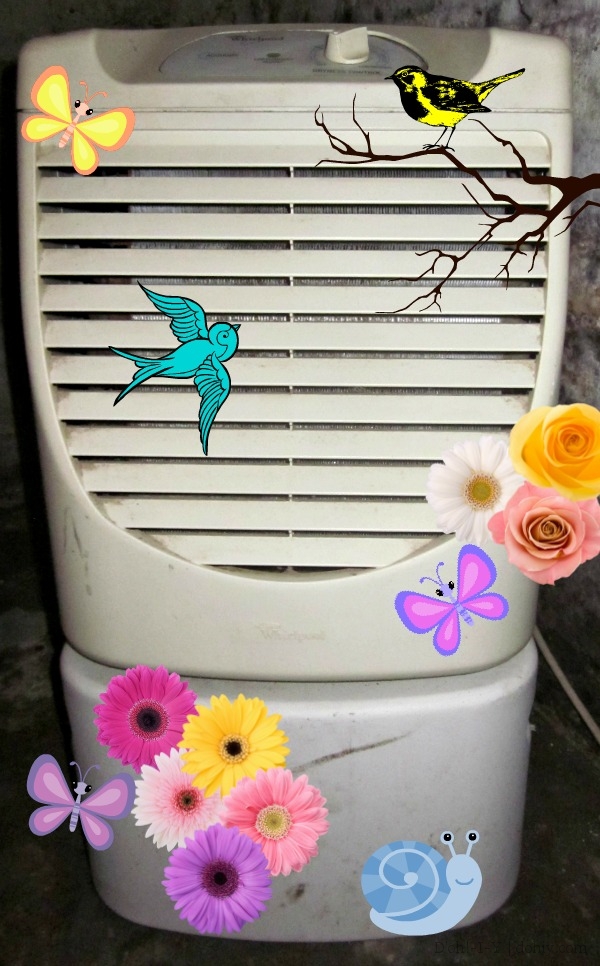 Tried to pretty it up for y’all.

These machines suck air in and cool it to evaporate out the water, which drips into a bucket for later removal. The dried air swooshes out the back. Newer models have a filter over the air intake, but this one dates to last century. If you also have an older dehumidifier, you might find that it is laboring or running hotter. This issue is likely caused by lint and dust in the unfiltered air intake.

No filter, no problem! Unplug the unit and take off the cover over the air intake (there will probably be a few screws). 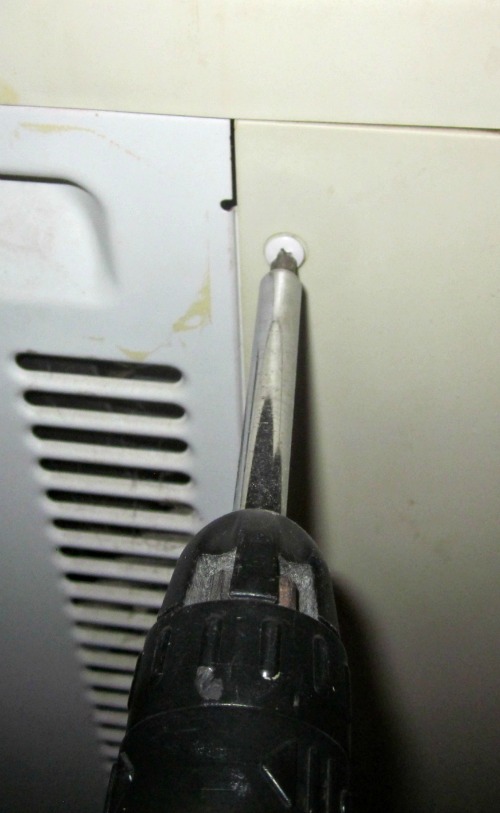 The air is pulled in across thin metal fins, as you see on the backs of window air conditioners. This one was GUNKY. 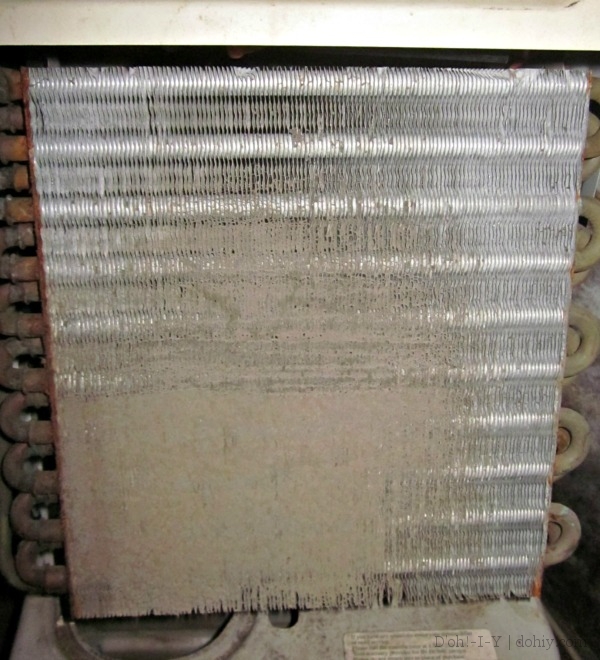 The fins are important to the evaporative process, so you don’t want to bend them by scrubbing with a rag. Instead use something rigid and thin to “score” between the fins to break down the gunk. I used a utility knife — just don’t poke in far at all! Just barely run below the surface of the fins. 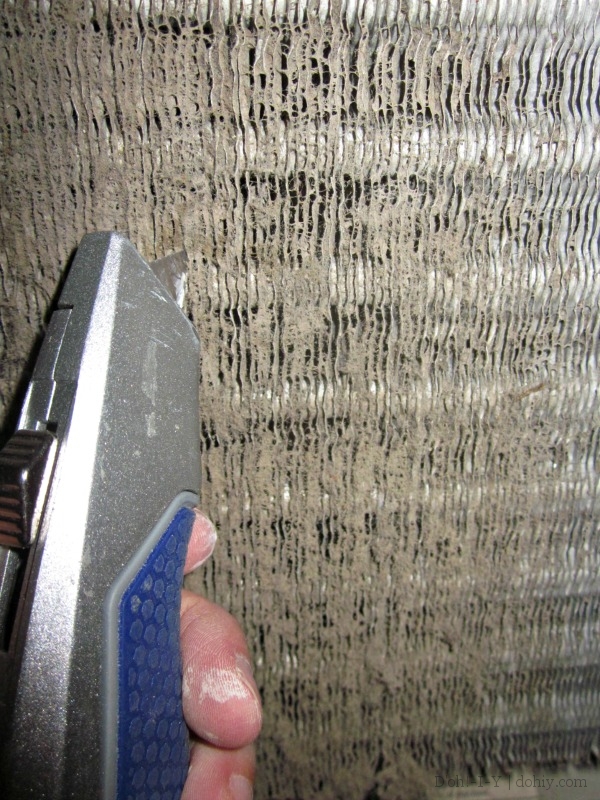 Follow up with a toothbrush with a little spray cleaner on the bristles. Run it along the fins so the bristles go between them but don’t smoosh the thin metal. 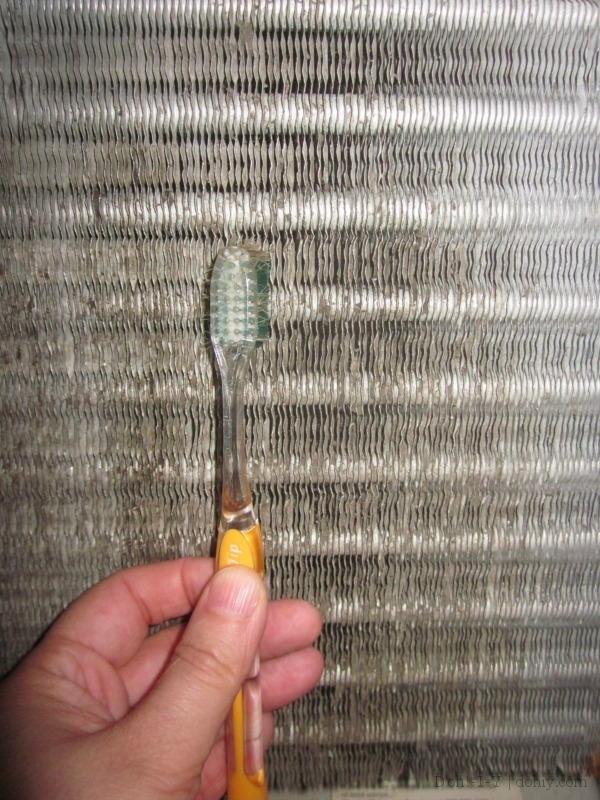 This technique clears the air intake so the machine isn’t trying to suck air through a solid wall of lint, but leaves the fins parallel and happy. 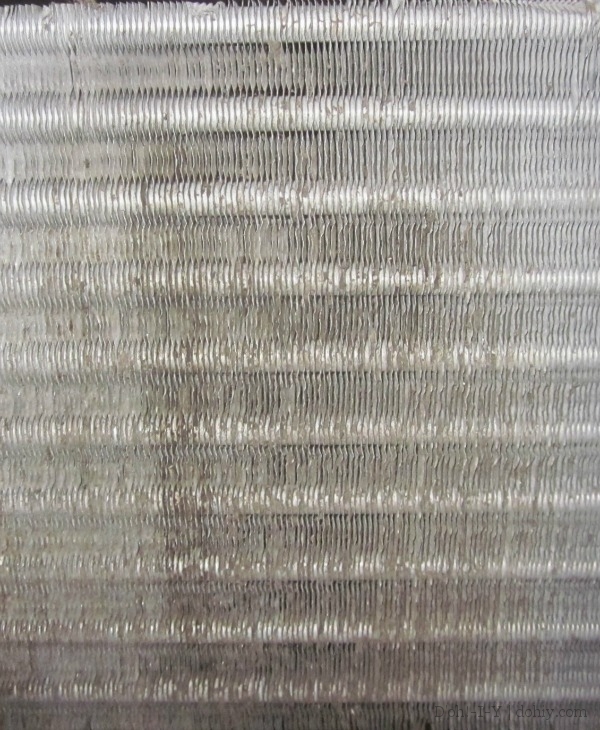 You could be browsing Design Sponge, you know. No gunky air fins there!

Stick the cover back on, and try it out — ours immediately worked much better and without laboring.

I was prompted to check the intake because the machine did seem to be working really hard. The plug was also a little hot when I unplugged it — an indication that an appliance is pulling too much current, which can lead to an electrical fire. I said to the Kev that fire could be seen as a form of extreme dehumidification, but I didn’t want our unit to be such an overachiever.

Out of curiousity, I did a few searches for dehumidifier fires, and was led to the Consumer Product Safety Commission’s recall page. It turns out, quite a few dehumidifiers have caused fires and other problems, including our newly cleaned unit. 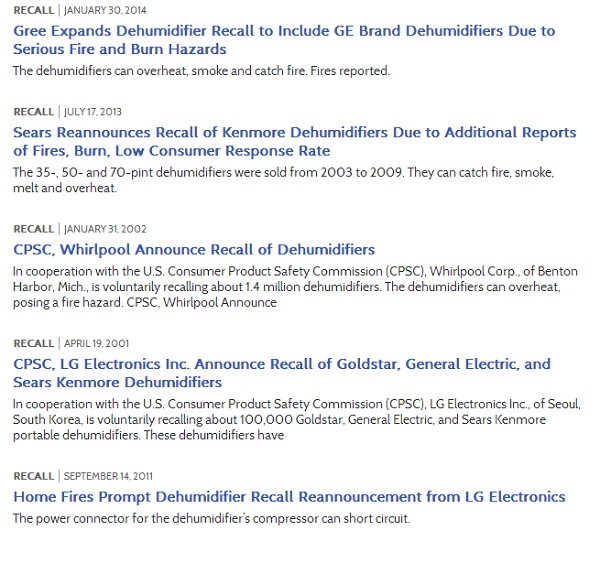 Just a small selection of the dehumidifiers under recall.

I don’t like sending in those product registration cards. If you don’t either (and you’re in the states), you might want to check the CPSC site from time to time in case the gov’ment knows about something in your house that might go rogue. If your dehumidifier isn’t under recall, though, this maintenance routine will help your machine run better. Check the CPSC first, though, so you don’t clean something gross that you don’t need to clean!

In our case, I followed the recall instructions, and the manufacturer is sending us shipment documents for the unit. After they receive it, they’ll send us a check that will more than cover the dehumidifier we need to go out and buy this week. ‘Cuz that basement is still pretty damp.