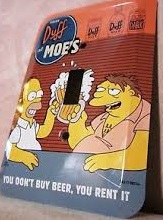 As we finished tiling the backsplash, I started to think about plates to cover the switches and outlets. I had a vague notion that there must be some vintage or retro-style wall plates that would go well with the tile. We have vintage brass plates in other rooms, but they wouldn’t be quite right for the kitchen.

After some poking around, we most liked a set of porcelain plates in a style common during the 1930s. That post-dates the house by a few years, but we’re far from being purists on the restoration front. They used to carry these at Menards, but since Menards decided it had to be a grocery store and a mattress dealer in addition to being a home improvement warehouse, we’ve found more and more things aren’t regularly stocked. But that’s what the internet is for! 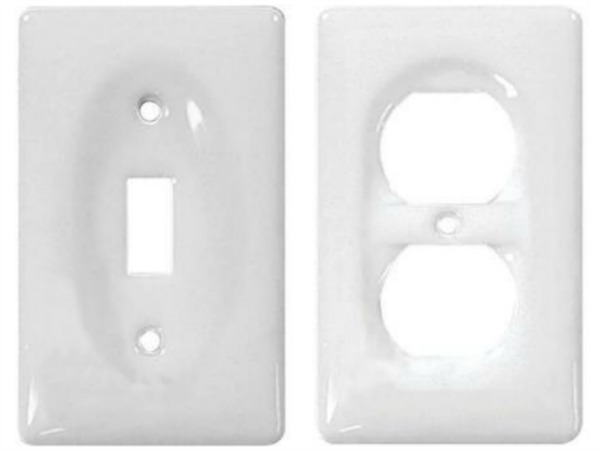 Jackson Deerfield white porcelain switch and outlet covers; these are available a bunch of places (and on ebay), but Wallplates Online has all the available configurations in one place.

These plates cost more than plastic/nylon covers, but the prices vary quite a bit by store. We wanted to try a switch plate and a GFCI cover before committing to buying the whole lot, and I found a good price with free (but slow) shipping. The package arrived today, including one switch plate and one of whatever this is: 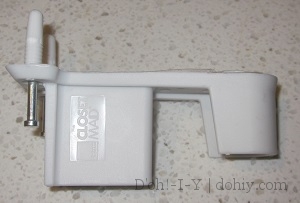 But the switch cover would be enough to make up our minds one way or the other. To install it, I first needed to move the switch body out — the tile makes the plate mounting surface (a/k/a “the wall”) farther out than before, so only the tip of the switch would extend past the plate if it weren’t moved. So I picked up some of these: 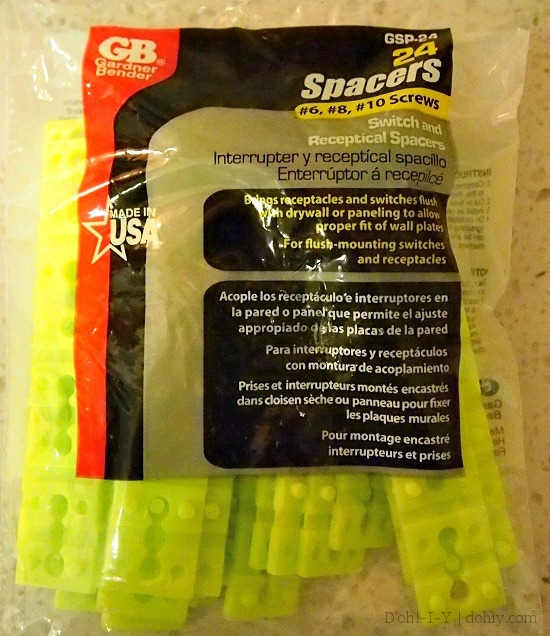 I’ve used box extenders before (as I mentioned when I despaired of Pinterest), but these spacers are another UL-approved way to scoot switches and receptacles outwards when you’ve tiled. Basically, you TURN OFF THE CIRCUIT, then unscrew the switch or outlet (in this case, a switch) from its box. 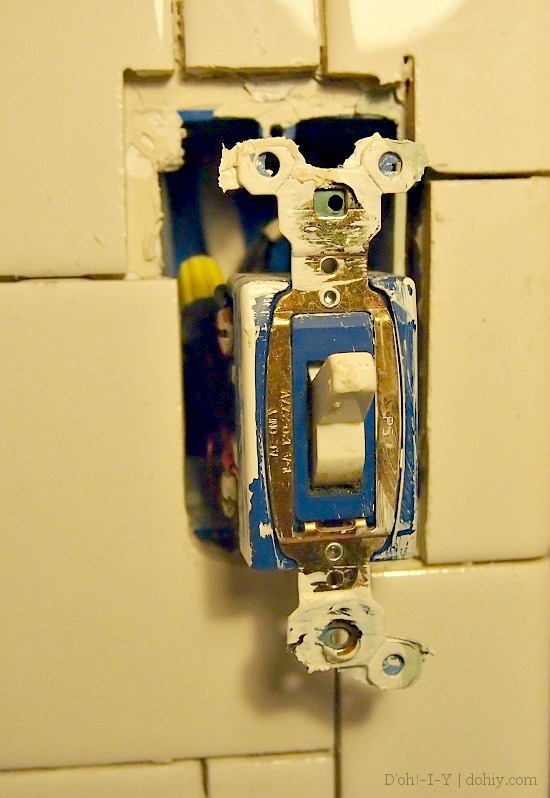 Then you insert enough spacers to shim out your switch to wall level, put the screws through (use the same number of spacers on both screws!) and back into the holes in the box. There’s a nice, thorough tutorial on using outlet spacers over at Ugly Duckling House (with many more pictures). The most important thing is to make sure your switch or outlet is well-secured and solid before turning the circuit back on.

In a tiling post, I pointed out that there are tabs on sockets and outlets that are scored so they can be removed (but only if you don’t need them). For this switch, I had snapped off one tab to accommodate a tile cut. It was ok to lose that one because the switch was secured to the box through a different hole. After adding the spacers and tightening the screws, I found that another tab was causing a problem. 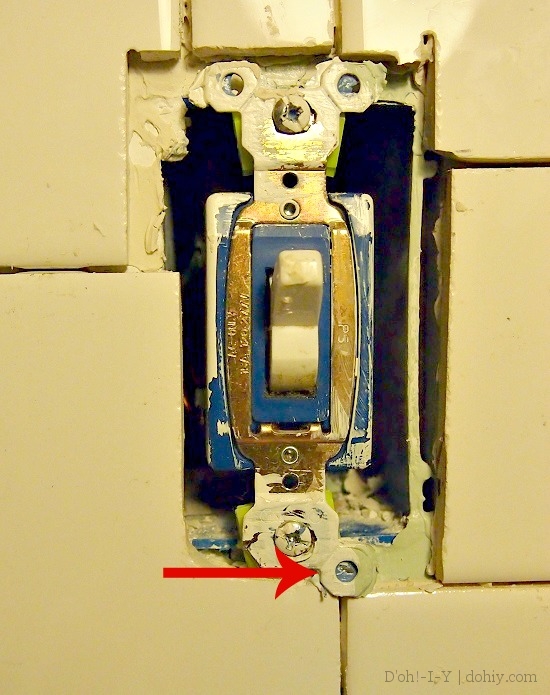 The switch moved just enough through tightening to make the right lower tab bump the tile. I grabbed my trusty needlenose pliers to deal with it. You only need to bend it along the score line and maybe wiggle it a few times and it will come off.

Once the second tab was off, I took a dry eraser sponge to the switch to remove the tile adhesive that I’d managed to daub on it. Then, I installed the plate. Since the cover is made of porcelain, it is possible to crack it by applying too much pressure, so don’t crank it down like a submarine hatch! I only tightened until it was firmly in place (and I could match the orientation of the screw heads, which is a pointless thing that both the Kev and I do). 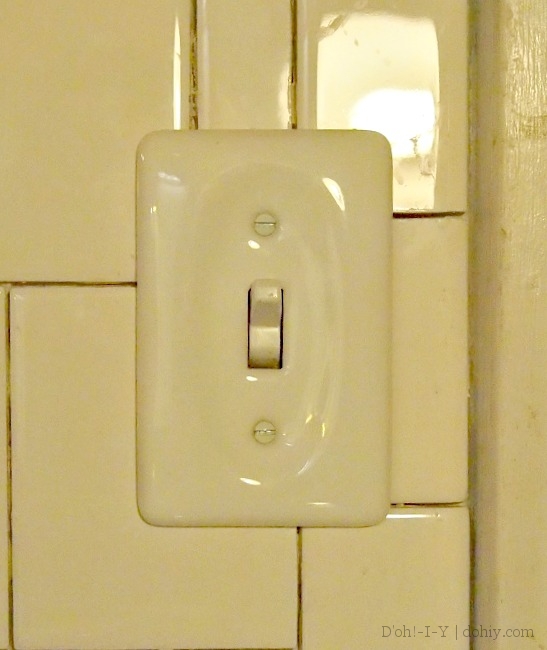 So there’s our test fit. (And yes, we have no grout! I’ll have to remove the plate for grouting, should that ever occur.) The white of the porcelain isn’t an exact match for the tile, but no wall plate would have been an exact color match. We like the look, and they will be easy to clean.

The downside is that these plates are not huge. Having measured this plate against the outlets on the backsplash, I suspect that I might need to revisit some of the adjacent tile cuts. Which means that it’s a good thing that we haven’t grouted yet! To everything, there is a season.