We are fortunate to live on a great block that includes a pack of children ranging from about six to eleven. Today, a kid’s toy was caught in a tree next door, and the group was throwing balls at it to cause it to fall. After many unsuccessful tries, one of the girls shouted

I had to go inside, I was laughing so hard. I told the Kev that this would be my new expression of frustration, but I didn’t expect that I’d use it so often soon afterwards.

Last summer, we built a raised bed behind the garage and planted hops. The hops came up healthy and ready to go this spring, so we needed to give them something to climb on. 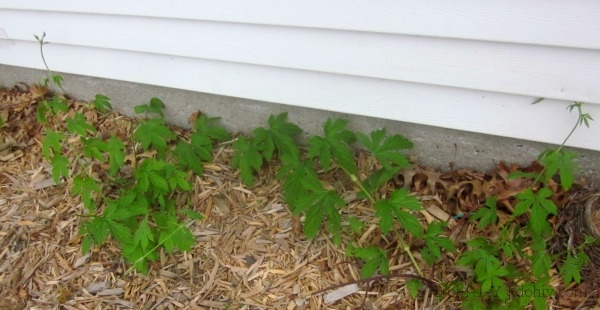 Help! We need to climb!

Our plan was to add vertical supports for the hops to climb up this year. In preparation, I dug in a homemade support system last September. 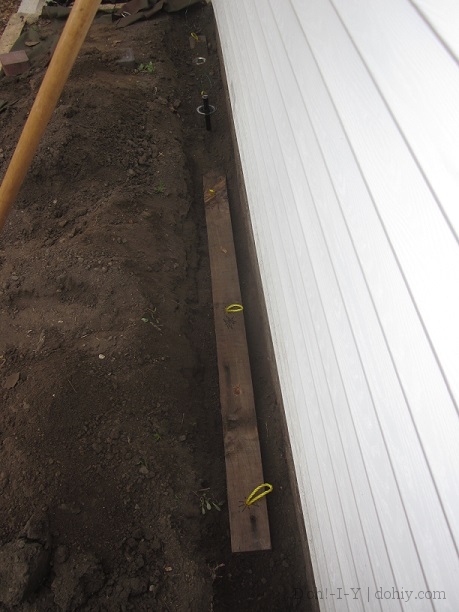 I backfilled this trench and marked where the loops were so I could connect ropes to them this year. It seemed like a good idea at the time! And it seems like a good idea now that the ropes are up and solid, but earlier this evening, I was not fond of this idea. I had to dig down quite a ways to get to the loops, which were tight and hard to maneuver, making it dirty and fiddly to thread and tie the support rope. I may have added a few words to my new mantra.

After connecting the rope to a loop, I’d climb the ladder with a plumb line to mark where the eye would screw in near the garage roof. I had not brought a tool belt out with me, so the Kev kept patiently passing me pencils and drills and scissors and hardware and rope ends. I realized that I should stop and get my belt during the first rope, but I didn’t. There are five ropes. Apparently, I was just looking for an excuse for frustration. (I also didn’t wear gloves. Rope burn is for real!)

For each rope, I drilled a pilot hole into the back of the garage. I started screwing in each eye by hand, then used a long screwdriver as a lever to tighten it up.

“Give me a big enough lever, and I’ll screw in this thing so we can grow us some hops.” – Archimedes

Forgive the blurry picture; I was standing on a ladder holding a drill and a camera while turning a screw. On the upside, I could see my house from there.

We used plain quarter-inch sisal rope (which only last one year, it turns out; see what we switched to). I looked into the best rope for hops, and the consensus seemed to be that hop bines (hops are bines, not vines) will climb pretty much anything you give them. I just used several standard knots (I don’t know any fancy knots) to attach each length of rope at each end.

Once all five ropes were up, I wrapped the bines that were long enough up their respective ropes. They stick like velcro! 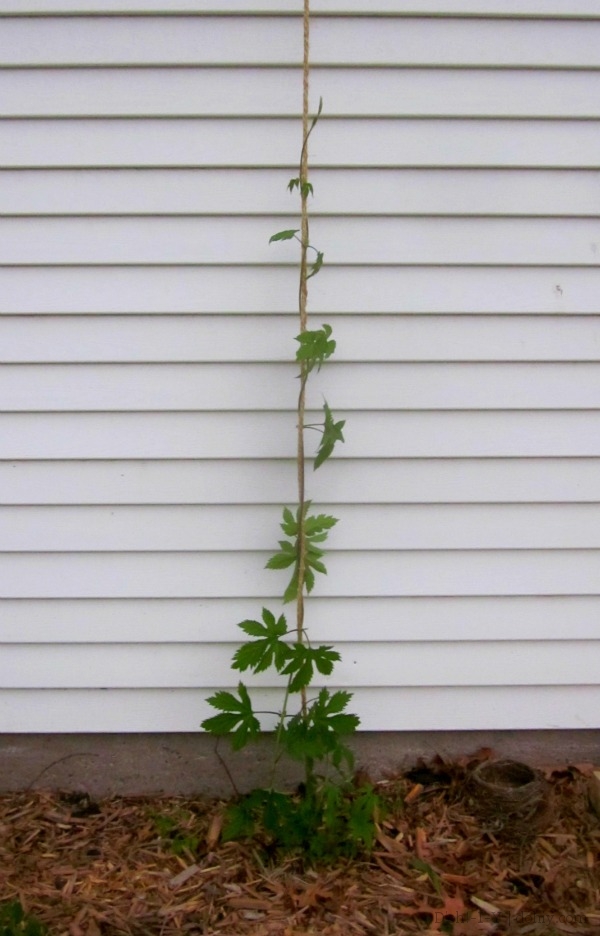 I can’t wait to see what they do. We’re hoping they might put out a few hops this year that Kevin can add to one of his beer recipes for a little extra something-something. 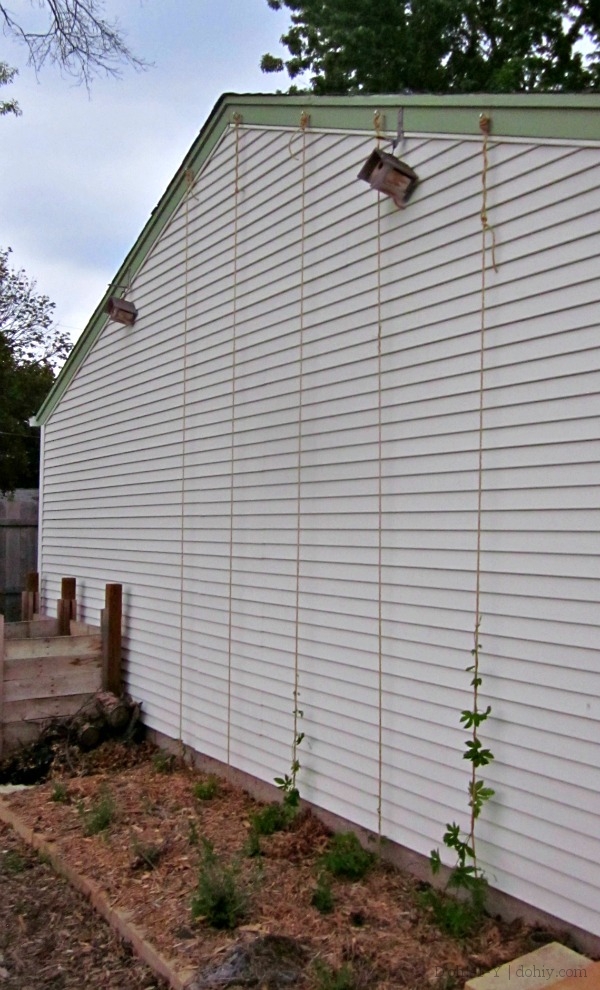 Look out, Tom and Barbara Good.

This entry was posted in D'oh!, Food & Drink, Yard & Garden and tagged growing hops, growing hops against a wall, hops in a raised bed, hops supports. Bookmark the permalink.

One Response to Hops on Top