Corralling the Pills and Potions

In February, I converted our linen closet to a coat closet. It’s a much better use of the space, but the change meant that some items needed to move out. 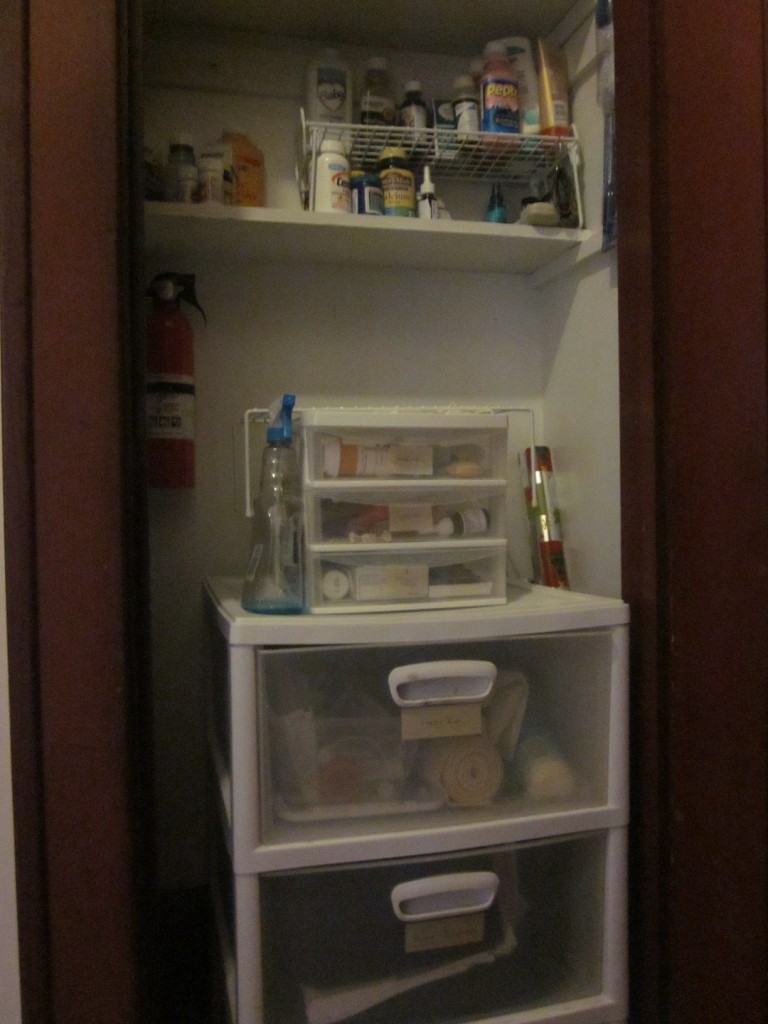 As I said at the time, it was “less a linen closet and more a pharmaceutical enclosure.” So many little bottles!

There were a surprising number of varied capsules and syrups in the Closet-That-Was. I discarded a bunch of expired and unidentifiable items, and I organized the rest in the bathroom cupboard. There, the bottles were lined up behind one another, which made getting an aspirin into a bit of a quest. Instead, we tried:

None of this was particularly promising for continued marital harmony, so I went to Ikea. What?! It sequiturs! It totally sequiturs. Ikea has a solution for everything!

I wanted storage that could be moved if necessary and that didn’t require super-precise organization to work. I bought some of these $2.99 wire baskets from the kitchen area. 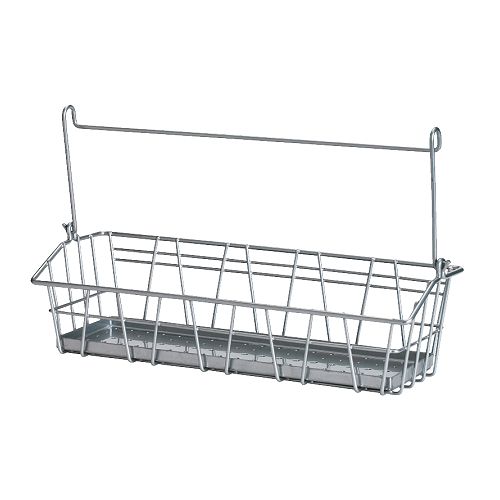 These baskets are designed to hang from a rail that juts out from the wall, but I had other ideas. The bathroom cupboard door has a recessed panel just wider than the baskets; the basket is 13 inches wide, and the recess is about 13¼. My idea was to hang them within that area so the baskets wouldn’t interfere with existing storage.

I picked up a length of pine lattice to replace the rail and measured out a couple of pieces to span the door panel. 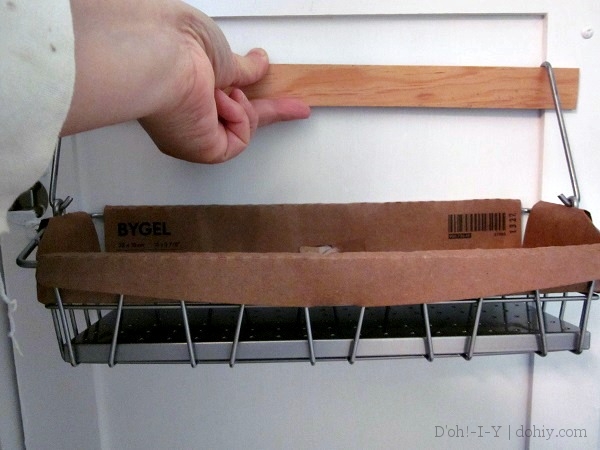 I drilled mounting holes, then sanded, primed and painted the pieces. Using a level, I marked and attached the new “rails” inside the door. Then I hung up my fancy baskets. 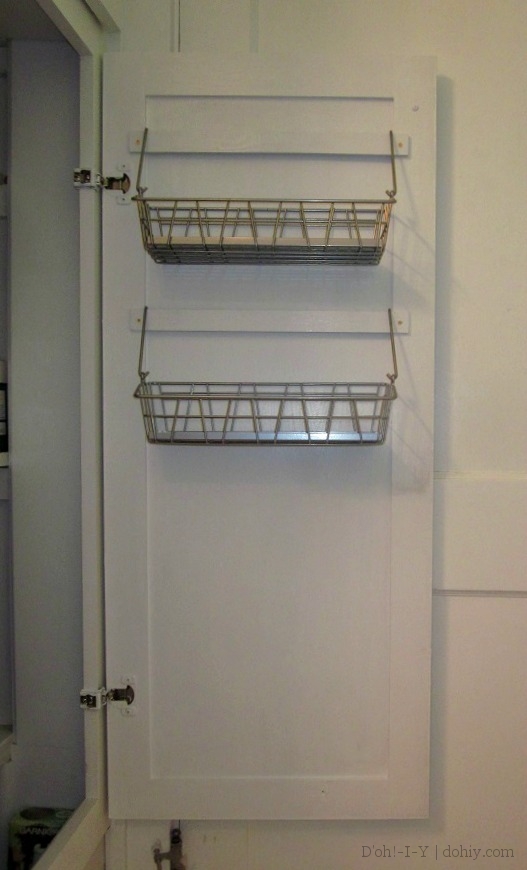 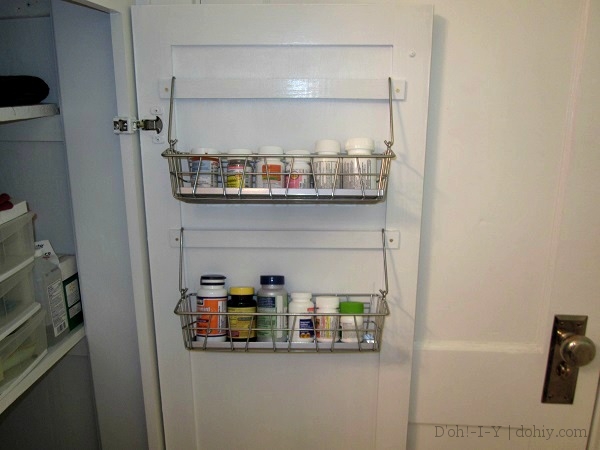 I love a good Ikea hack — not that this would qualify! It’s just a different way to hang a basket in a different place than intended. Perhaps it’s more of a marriage hack, since I won’t have occasion to leave boxes of painkillers under foot anymore (the Kev did not love that).

And they all lived happily ever after.