Look at that comic book fellow, calmly eating candy like a Spaniard!

We celebrated Bonfire Night chez D’oh tonight. The Kev prefers to call it Bonfire Night rather than Guy Fawkes because, thing one, that’s what his family calls it, and thing two, calling it Guy Fawkes in the states ends up with his reluctantly giving a history lesson. That’s fire-poking time he doesn’t get back, so Bonfire Night it is!

We invited our local nephews and a couple of neighbors and their kids for fire and fireworks. And FOOD. 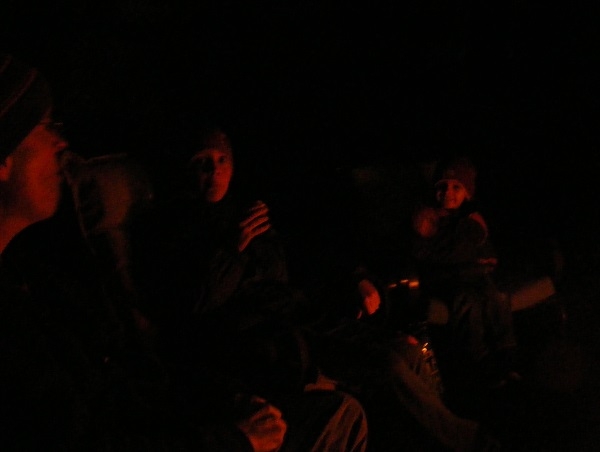 The Kev always mentions cinder toffee around Bonfire Night. I think the equivalent thing would be called honeycomb candy in the U.S. Or imagine a Bit o’ Honey, but crunchy. It’s basically pure sugar melted and then puffed up with baking soda (UK: bicarb). I finally made it today. Three times. Only once of which yielded anything edible. 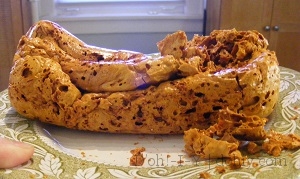 The first candy was tooooooo hot (it burned).

The second candy was tooooooo cold (not cooked enough).

The third time was…well, it was sweet and crunchy. I have nothing to compare it to! Kev said it was good, so yay.

Here’s a U.S.-based recipe if you want to try. It’s crunchy sweet goodness. Bet it would be awesome crumbled over ice cream!

Grease the heck out of an 8×8 cake pan and set aside (best option would be a silicon pan you could turn inside out; I did not use that, but wish I had!).

Pour the corn syrup into a bowl with steep sides. Add the sugar a bit at a time, stirring to incorporate it as you go. You should end up with a grainy golden goo.

Put the grainy golden goo into the bottom of a large sauce pan, trying to spread it evenly across the bottom of the pan. Cook at low-medium heat (err on the side of low) WITHOUT STIRRING. As it melts and bubbles, pick up the pan from time to time and swirl the goo a little bit to keep the heat distributed well. But do not stir it. 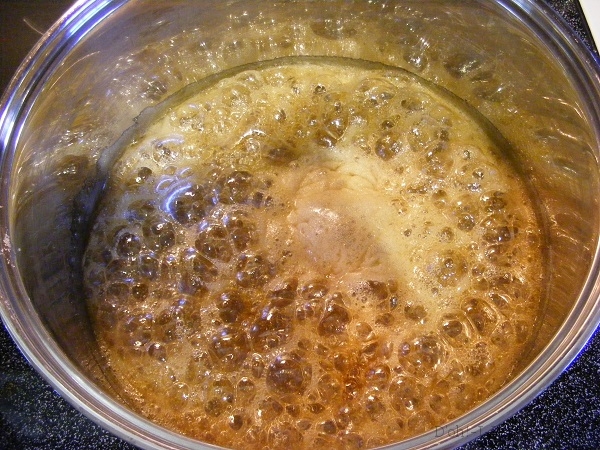 The melted goo will become clear and bubble. After that point, keep cooking for about four minutes or until the goo is about root beer colored. Lighter than Coke, is what I’m trying to put across here. It goes from root beer to big burned mess in no time, so be watching.

At root beer stage, throw the baking soda in the pot and whisk it in. The goo will puff up alarmingly. Manhandle the puffed goo into the greased pan. Let it cool for a few hours and chip it out into a bowl. 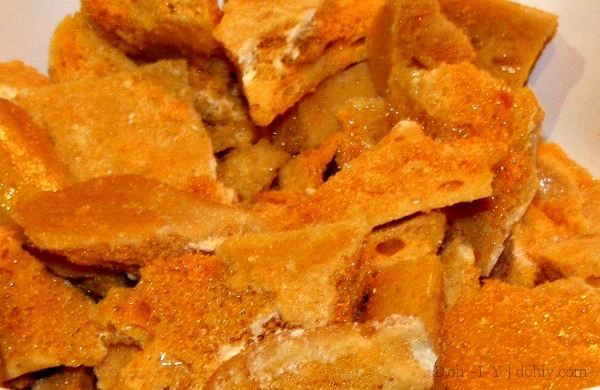 Distribute to children you don’t have to deal with at bedtime. 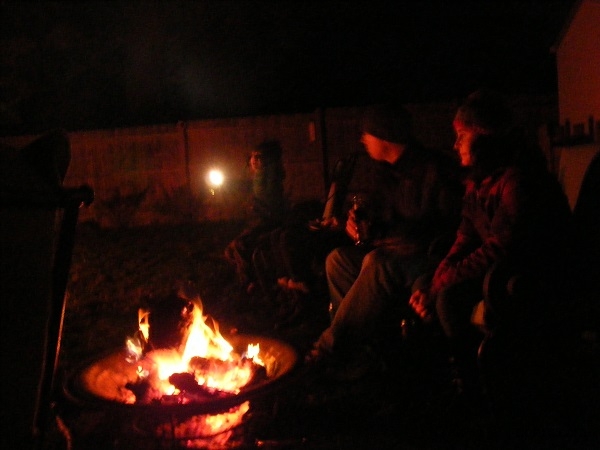 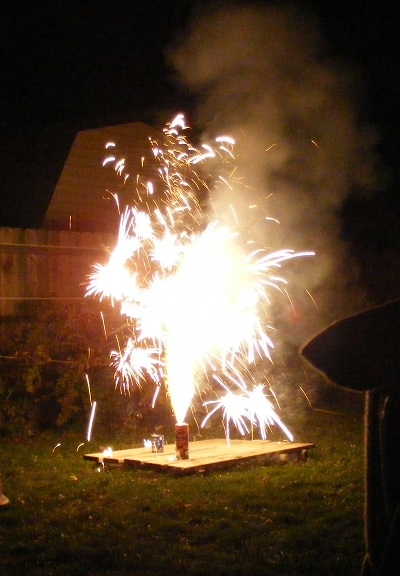