When Virginia Woolf wrote every woman needs a room of
one’s own, she must have been talking about the kitchen. 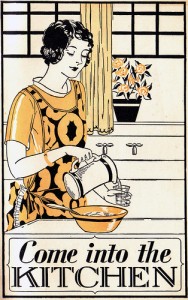 Our kitchen is 102 square feet/9.5 square meters — I kid you not! Since we changed the layout some time back, it has worked for us extremely well. We cook, bake, pickle, and even brew beer in here, and it’s only very occasionally that I get annoyed about the room’s size. Despite being small (but, as I always point out, perfectly formed!), it has good traffic flow and plenty of storage.

When we moved in, there was a pass-through window between the kitchen and the dining room, which had been added at some point. It wasn’t appropriate to the house’s style, it wasn’t centered on the wall or on anything logical in the kitchen (like the sink), and it was trimmed out with construction-grade plywood sheathing. Awesome it was not.

When we redid the kitchen, filling in the pass-through was a priority because we wanted the wall for cabinet storage. But it wasn’t a compromise, and it wasn’t in anticipation of eventually knocking through into the dining room. Weirdly enough, both the Kev and I like having a separate kitchen.

We do like open plan spaces in other people’s houses — this is not a “you’re doing it wrong!!” post by any means! Kevin’s sister’s house is open plan now, and knocking through there was a brilliant improvement to their home (before, there were two doors and a quick u-turn to navigate between the kitchen and sitting room — now, it’s one airy space). A distinct kitchen area just really works for us. 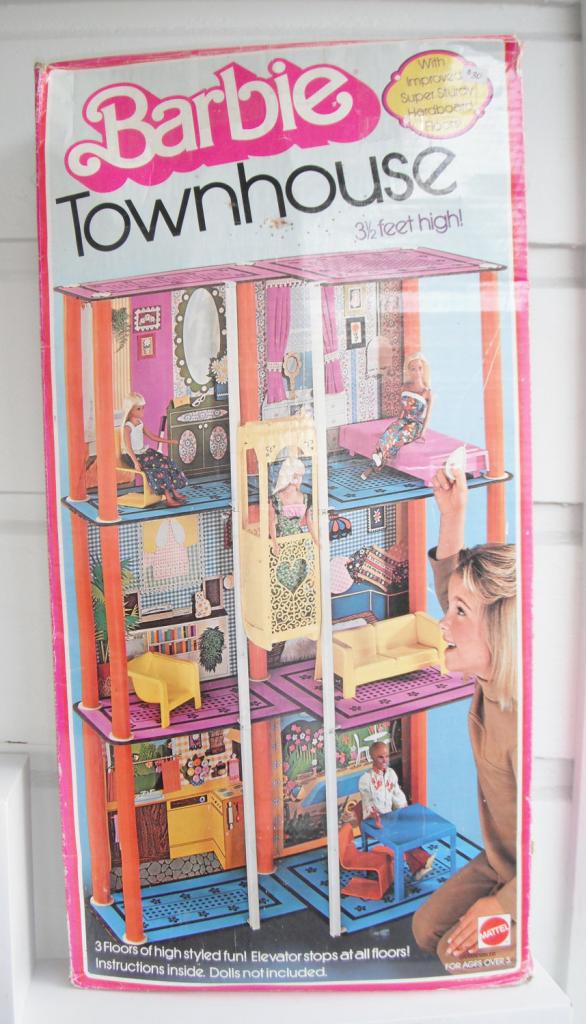 We’re mid-project so all my kitchen pictures look like crime scenes; instead, here’s Barbie’s Townhouse, with elevator and separate kitchen!

I suspect that a lot of people would like a distinct kitchen if they tried it. But it’s getting harder and harder to find a house that isn’t open plan, so how would they know? If you have an enclosed kitchen, maybe live with it for a while and see what you think. Can you move between areas easily, or is it a hassle? Would you lose needed storage space? Are you better about doing the washing up promptly than we are? Open plan is probably the way to go if it’s what you are dreaming of. But maybe your house might be one of the places, like ours, where a separate kitchen just works.

But take all that with a grain of salt — we apparently have a total inability to bow to the prevailing taste consensus!