Composting Made Easy (Because It Is)

Lisa: I started an organic compost pile at home.
Jesse: Only at home? You mean you don’t pocket-mulch?
Lisa: Oh, it’s so decomposed!

Occasionally, I do community education sessions on gardening topics. My favorite subject is composting. People come in having read lots of complicated instructions online, and I have the fun of telling them how easy composting really is in practice. Basically, if you make a pile of vegetative matter, it’s eventually gonna rot. There’s not much you can do wrong! 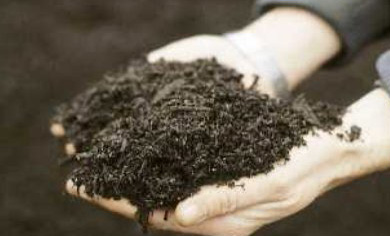 The more complex instructions, including carbon/nitrogen ratios, layering techniques, and compost thermometers, aim at the fastest possible end result. If you just want a place to put your leaves and scraps to make compost at some point, it’s much easier.

What you don’t need:

What you do need: 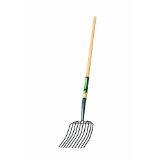 You can make this more complicated or fancy. We have a two-bin system on a concrete platform that works great, but we made it out of scrap wood (free!), and it’s just an enclosure for a couple of piles of stuff. A chicken-wire cylinder is also good, but it’s still a pile of stuff. That will eventually rot. (Lots of designs are available here, here and here.) 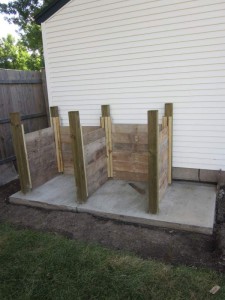 Our two-bin system, made of pallet wood, while under construction.

Only the internet could make “put things in a pile and let them rot” into a source of confusion and overwrought commentary! I hope this post helps make this process as simple as it really is.

This entry was posted in Outdoor Building Projects, Yard & Garden. Bookmark the permalink.