Bedroom Remodel: Settling in for the Medium to Long Haul

Bart: Are we there yet?
Homer: No.
Bart: Are we ever gonna be there?
Homer: How would I know?

The Kev and I have both had a week and a half already, but we’ve managed to make some progress on the closet. After opening up the wall, we were here: 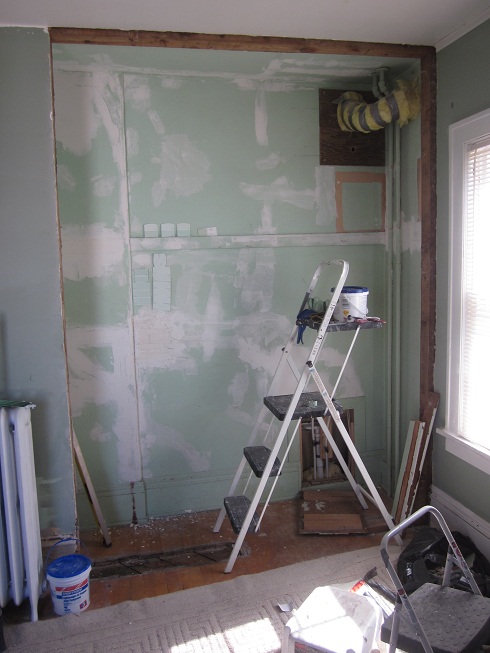 As of today, we’re here: 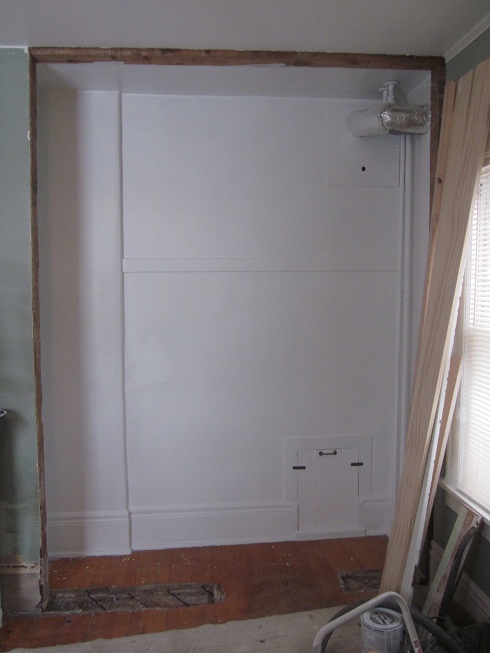 So that’s something, right?

With bigger projects, I always reach a point of frustration before I settle in for the longer term. Maybe there are stages for home improvement? Instead of denial, anger, bargaining, depression and acceptance, maybe optimism, frenzy, exasperation, exhaustion and putting the house on the market? I kid. 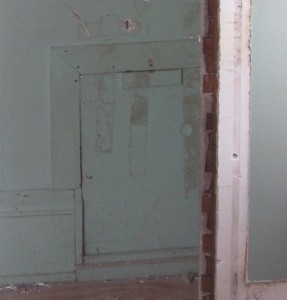 Hatch sort of in place.

ANYHOO, there’s one part of our progress to date that felt somewhat satisfying. Our closet has a hatch into the bathtub plumbing, which is just a slab of plywood that didn’t stay in the hole very well. If you look at the “before” picture above, you’ll see the hatch languishing on the floor, as was its habit.

We used to duct tape it shut, but the cats tore the tape off. Because there’s no finer place to hang out than behind the bathtub, dontcha know? The goal was to make it stay in the hole, with the secondary object of making it less COMPLETELY HIDEOUS. Tertiary goal was not to spend much time doing so, but then later to spend a half-hour writing about it. MOVING ON. I wrapped that puppy in beadboard wallpaper, painted it, attached a sash lift we had on hand, and slapped on a couple of hasps. 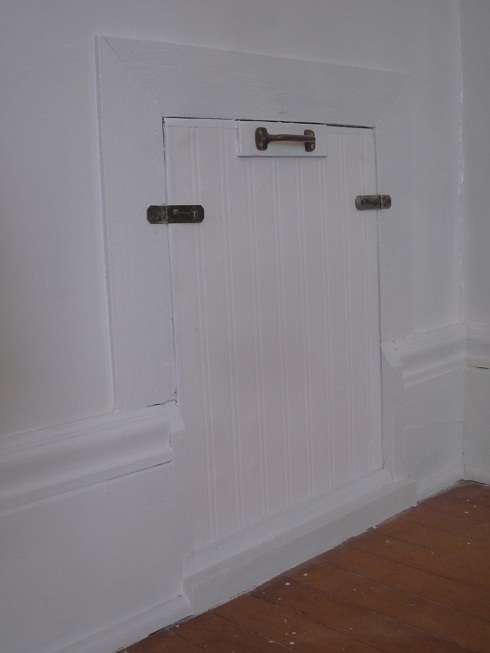 I wish I had a photo of Mayya coming to terms with her own “exasperation” phase when she realized she couldn’t access the under-tub pavilion.