What We Have Here is Not a Failure to Communicate

Homer: Wow, Marge, you really do understand me.  See, I thought we weren’t soulmates because…
Marge: …we had a fight?
Homer: Right, and we don’t like the same things.  It’s like you’re from Venus…
Marge: …and you’re from Mars.
Homer: Oh, sure, give me the one with all the monsters.

The Kev and I sat down the other day to figure out how much lumber we needed to buy for the closet project. It went something like this:

K: We need 1x6s for facing the inside of the opening, so enough of that to cover roughly 8 feet, both sides…1x4s for the trim around the front sides.

S: Both sides. I’m gonna draw a picture. [scribbles] So, yeah, here and here and the back side as well.

K: Construction lumber to frame in the upper cabinets [more drawing] and we need a piece of wood for the inside top.

S: The inside top of what?

K: Of the closet.

S: You mean, where the ceiling is?

S: The trim is going to snug up against the existing plaster. [drawing] Ok, look, here I am in the closet as it stands — not to scale — and I’m looking up. What do I see? Ceiling.

K: You look like you’re hanging yourself but you’re happy about it.

S: In that case, I should be waving. 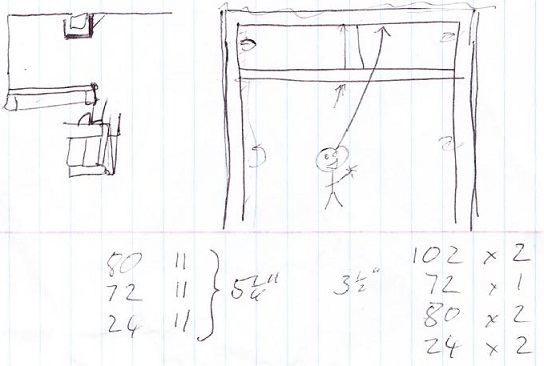 With a little more drawing (the complex upper cross-section to the left of the main drawing), I understood what he meant — and yes, we do need some wood to frame in the upper cabinets.

We generally communicate pretty well, but even with over 15 years together, we’re still learning little bits and pieces of each other’s specific brands of English. The Kev is English, naturalized American, and I’m American, naturalised British. We’ve each lived the other place at length, but we still surprise each other. “A bit cold around the lugs,” Kev said the other day. “Legs??” I queried. “LUGS,” he emphasized, gesturing wildly at his head. 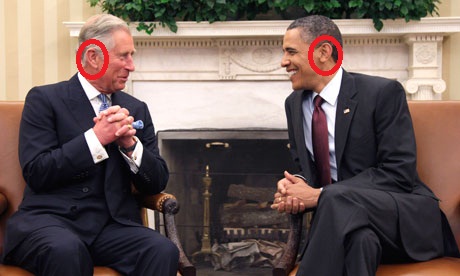 Since these new examples still crop up from time to time, we put together a DIY translator. This led to unexpected hilarity as we reviewed American/English glossaries on the web. 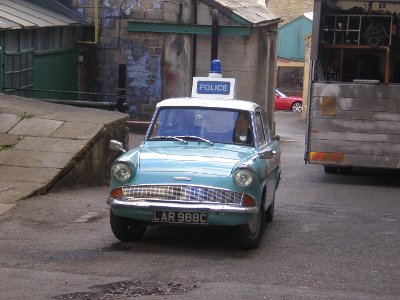 UPDATE! We’ve made this glossary into its own page as well so we can add to it as we think of more examples. You can also get there from the “US-UK” tab above.

Some of these have substantial cross-over, and some may well be regionalisms.  Apologies for anything way out of line! What would you add? Please tell us in the comments what terms you would like to see, whether British, American, or another variety of English altogether.

This entry was posted in American vs English, Construction, Romance. Bookmark the permalink.