I’ve done everything the Bible says, even the stuff that contradicts the other stuff.

We have the original crown molding for the living room and dining room. It’s in the garage, coated in mint-colored lead paint. With rusty nails sticking out of it. Lurvely. For years, I intended to strip it and reinstall, but that paint is just nasty and the molding is not a particularly rare or spectacular type. The only huge advantage would be miter-avoidance. I admit that’s truly good as advantages go, but we’re talking a very lot of poisonous mint paint.

Given all that, I’m roughly 123% certain that we’ll buy and fit new crown molding (a/k/a, and if concave, cove moulding), as we have in the kitchen and bedrooms. Of course, the possibility of buying and installing something new means the Internet and I have been spending a lot of quality time together. We have 8.5’ ceilings, and while I think that’s plenty tall, I don’t want to bring the ceiling down substantially. I easily found molding I liked, but wasn’t sure about the width or finish I should choose. Helloooooo, Google! In short order, I read the following authoritative pronouncements:

And then, my head exploded.

The kitchen and bedrooms were easier because the woodwork in those rooms is painted white. We just carried on with that, although we have wavered a bit on size.  Here’s the kitchen, with thin moldings (around 2″): 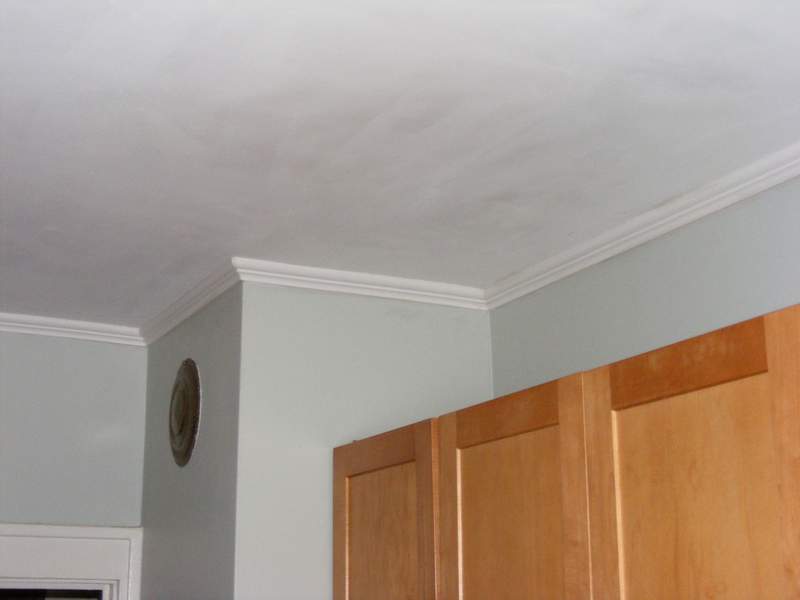 And the 4″ version we later used in Ben’s room: 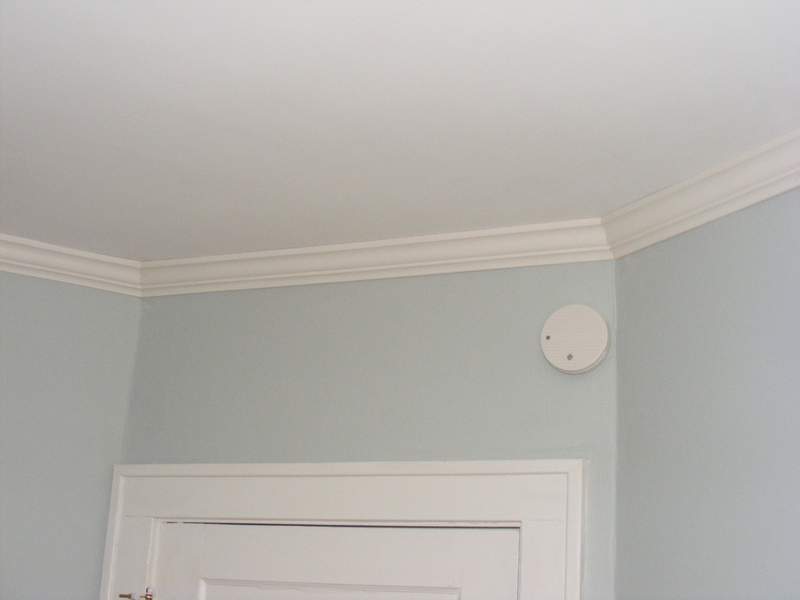 Incidentally, two things: Thing one, despite appearances here, these paint colors are not the same. The kitchen is Benjamin Moore’s Quiet Moments (lighter and grayer) and the bedroom is Benjamin Moore’s Woodlawn Blue (tending more aqua). Thing two, it looks like the wider bedroom molding is close to what they are getting ready to install over at Young House Love, so I now feel super-classy!

Of the two, we prefer the wider version, and think it will be more appropriate to the living room/dining room. The remaining question is whether to go with white or stain to match the original woodwork. Here’s white: 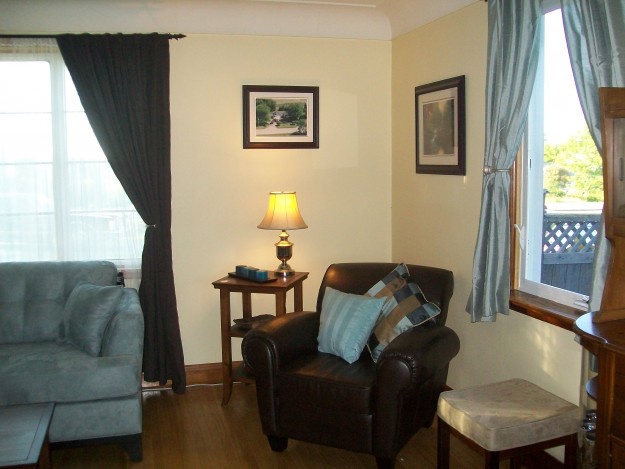 And here’s some stained: 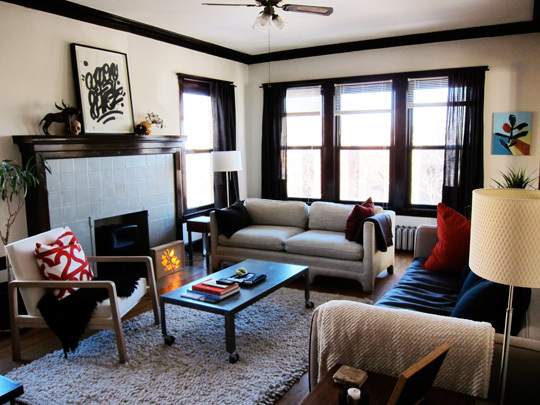 From Bridgette and Britton’s Masculine/Feminine Vision AT House Tour, 6 April 2011

As per usual practice, we’ll mock up both to make a decision (and to avoid a d’oh!). Our woodwork is not quite as dark as the second picture, so I’m increasingly leaning toward stained. But really, both are good, and it’s really up to the homeowner — don’t let some self-proclaimed ceiling molding guru tell you otherwise! That only leads to head explosions.