Welcome to Rock-n-Roll Fantasy Camp, where you’ll experience the complete rock-n-roll lifestyle without the lawsuits and STDs. And remember rule #1: There are no rules! Rule #2, no outside food.

When I was in high school theater, we made liberal use of whitening hair spray when playing old folks. We looked completely ludicrous. RIP our faculty advisor, who thought teenagers could do Ionesco — he was surely the world’s most optimistic (or deluded) man.

The sheetrock guys started on Friday afternoon. Not only were they dressed in white, they looked like they had been into the hair spray. Or a massive amount of coke. They were immediately followed by a truck with a lift to take the drywall in through the window. 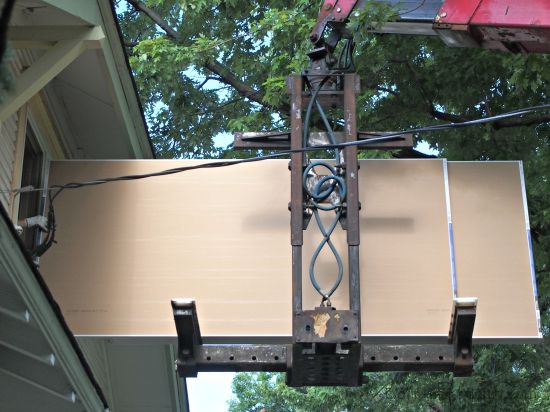 No idea how he threaded this apparatus over the fence and between the power line and the tree.

After unloading the boards, they jumped right to it, and had the ceiling panels up by 4:00. 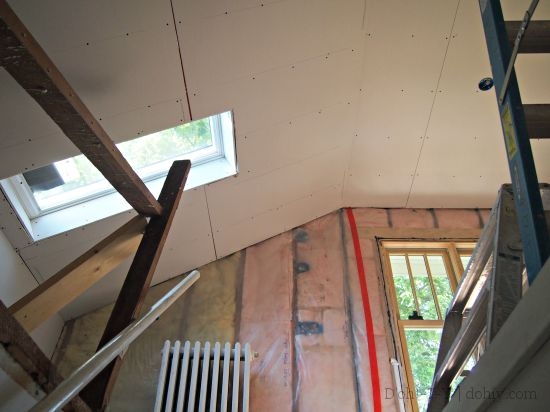 From the bottom of the stairs 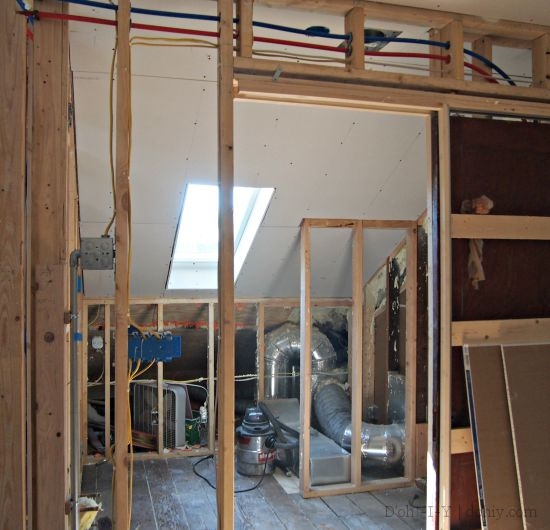 Ceiling in the bathroom

So now it’s Thursday the following week, and it’s still happening. The drywallers certainly aren’t being lazy — it just takes this long. They have to cut it and hang it, then tape all the joints. Then the joints get mudded (joint compound application) once, and that has to dry. Then they put on a further coat, which also has to dry. That’s where we are at now. 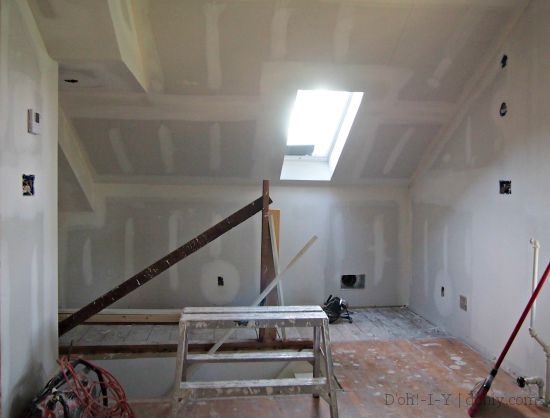 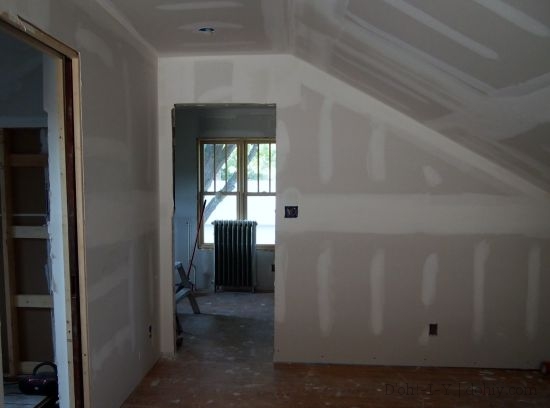 Sheetrock, gypsum board, plasterboard, wallboard, drywall — they are all basically the same thing. Many of the terms are just former brand names that have become generic over time (as happened with escalator,  trampoline, and heroin). The high number of brands suggests to me that there’s a large profit margin in drywall production.

Drywall installation, though, is labor-intensive. They’ll be back today to sand, so we hope to be priming and painting this weekend. That will give me a day to recover from priming the exterior trim on the new windows, which I did from inside the house for lack of a suitable ladder. Some kids on the street thought it was hilarious. Stupid kids! Then, when I went out afterwards to pick up some beer, the guy asked me for my ID. “Are you joking? I’m, like, 106!” I muttered indignantly.

Maybe remodeling years are like dog years. I am feeling pretty old and cranky. 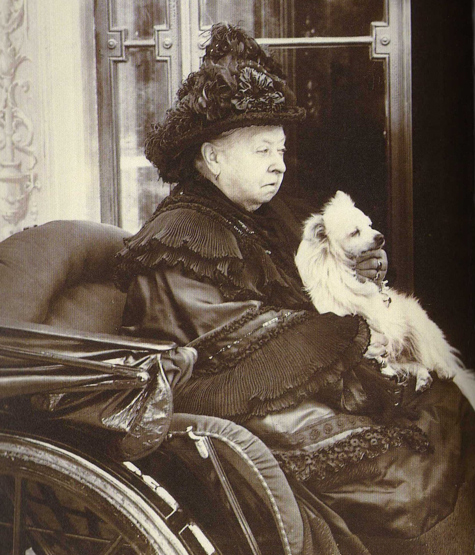 Give one one’s booze, or the dog gets it!