Planning Has Reached a New Low

Guys! Stop throwing things in the hole! The more you throw in, the bigger and more dangerous it becomes!

For the last few years we have been slowly filling up the basement with stuff that we didn’t need, but didn’t want to throw away. You never know when some unknown piece of junk might come in handy. Well, we’re now at the point where we have to deal with all the stuff, or accede to the basement’s demands for secession. I think we’re going to choose the former. 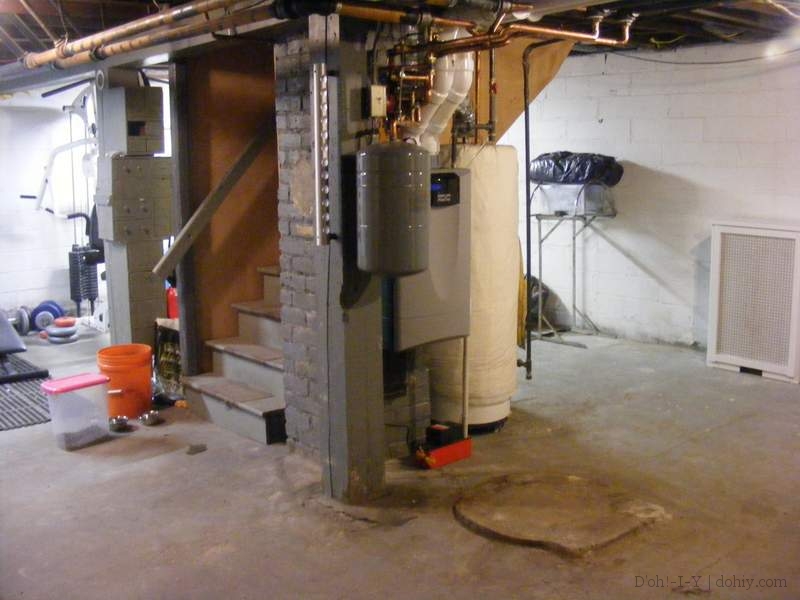 An overview from back in the days of less stuff.

There are a number of things that we would like to do in the basement:

Here’s a plan of our basement as-is. It’s accurate as far as it goes. 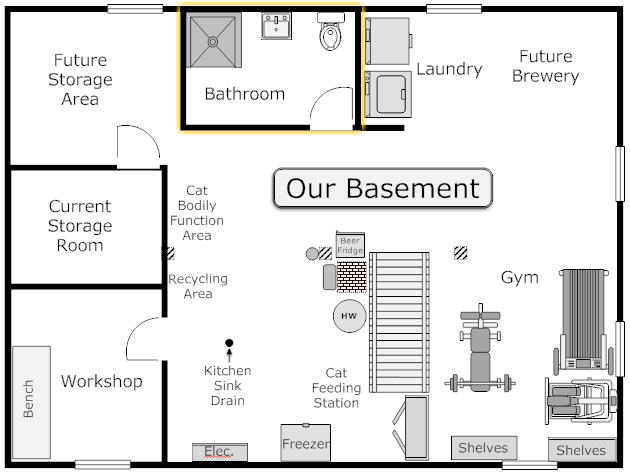 What it leaves out are the drifts of detritus. All the places that look like open space are actually about a meter deep in stuff with walkways threaded through. Something must be done.

When we got the house, it already had the 9′ x 6′ room in the northeast corner of the basement (lower left of the plan) . Since it contained a work bench, it had obviously been used as a workshop, and that’s what we’ve been using it for too. Until recently, it has been perfectly adequate for that purpose. Admittedly, there were times when I wished I could deal with things that were longer than nine feet, but that hasn’t happened very often. 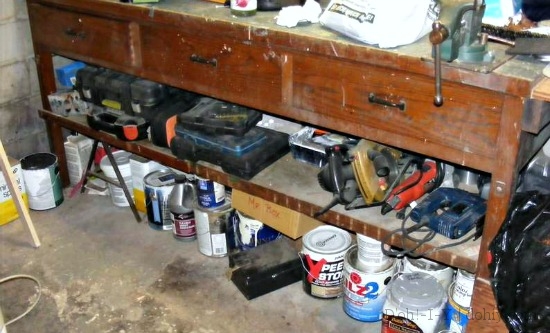 A more pressing problem with the workshop is that over the last few years we have acquired larger tools: a drill press, a miter saw, a bench grinder, and a table saw. All of these would be easier to use if they had permanent, static positions. The workshop is barely big enough to contain all of these tools and a person. We’re gonna need a bigger workshop!

Up to now, we have made use of the 6′ x 6′ room (labelled “current storage room” on the plan) for storing items that we only use occasionally, including:

We want to get rid of the most worthless stuff and consolidate the basement storage items with attic storage items in one organized space.

An area for brewing beer — well, that doesn’t need much justification. I have a lot of beer brewing equipment, and I need to put it somewhere. Also, if there were a sink nearby, it could be a dedicated space where brewing could take place start to finish.

To achieve all our lofty goals, I updated the floor plan. 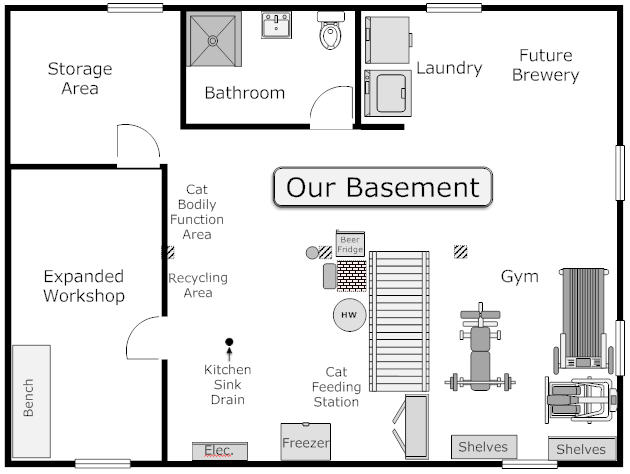 The idea is to take down the wall between the workshop and the current storage room. The bigger room (at left, above) would be the new, enlarged workshop with space for all our tools. 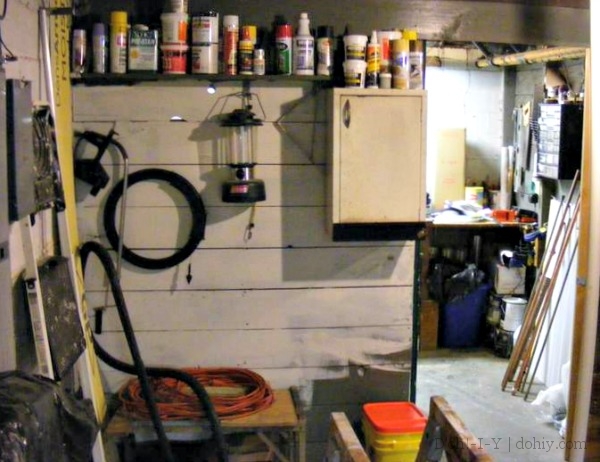 The wall we want to remove is not load-bearing; it’s actually just a planked room divider like the one in the foreground here (the actual wall to be removed is on the right).

Most of the stuff in the old storage room would be moved to a new storage area (upper left). We intend to build two parallel racks in this corner to hold large storage bins. That way, we could easily get to all of the bins, making storage and retrieval an easy and pleasant task.

For the brewery, the plan is to use the largest piece of counter that we recently took out of the kitchen, which still has the sink attached. The counter would probably be installed on the long wall. That way, with the old kitchen sink plumbed-in, it could be used by the brewery and the laundry (there’s no current laundry sink). We might even put some cabinets in the brewery for storing brewing stuff. Ah, the future is bright for SkyFish Brewing.

By cutting the basement into zones that serve different functions, we hope to better use the space and to gain some sense of order in the house (one of our non-resolutions for 2014). A better-organized work space will also help us take on projects with less stress. And obviously, the brewery will also support stress reduction in its own way.

This entry was posted in D'oh!, Organization and tagged basement organization, basement storage. Bookmark the permalink.