Things That Go D’oh in the Night

Captain McAllister: ‘Twas a moonless night, dark as pitch, when out of the mist came a beast more stomach than man.
Homer: Hey!

The other night, Kev was out and I came in late, but an insane mouse came in with me. I was looking forward to falling down in bed, but instead I spent the better part of an hour unsuccessfully calling off the cats while trying to trap and relocate this rodent. Instead spending his last minutes being stalked by cats before being eaten, the poor thing spent that time being stalked by cats and a shouting woman before being eaten anyway. 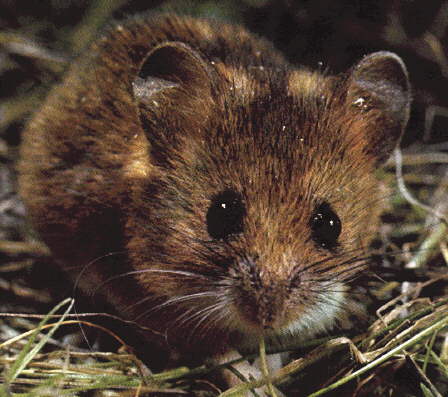 The following night, we were settled in bed, when BEEP! And less than a minute later: BEEP! It was a damned smoke detector indicating that its battery was going. We stood in the hallway trying to figure out which unit so hated sleep, and it was, of course, the one awkwardly located over the stairs. Some craning on tiptoe later, the Kev got it unplugged, replaced the back-up battery, and reinstalled it. Back in bed: BEEP! This time, I uninstalled it and took the battery out. A minute later, it magically beeped. That’s when it magically ended up in the yard.

These events left me weary and predisposed to lash out at whatever next disturbed my angelic repose. About 2:00 yesterday morning, Kevin discovered that the doorknob on our bedroom door had ceased operations. I don’t recall the actual conversation we had about the issue, but the Kev reports it went like this:

Me: WHAT THE HELL ARE YOU TRYING TO DO?!

The Kev: Just trying to leave the room, dear.

Older doorknobs can loosen up over time. A loose doorknob can’t move the latch, which can trap you in your bedroom with a full bladder and an irrational spouse. 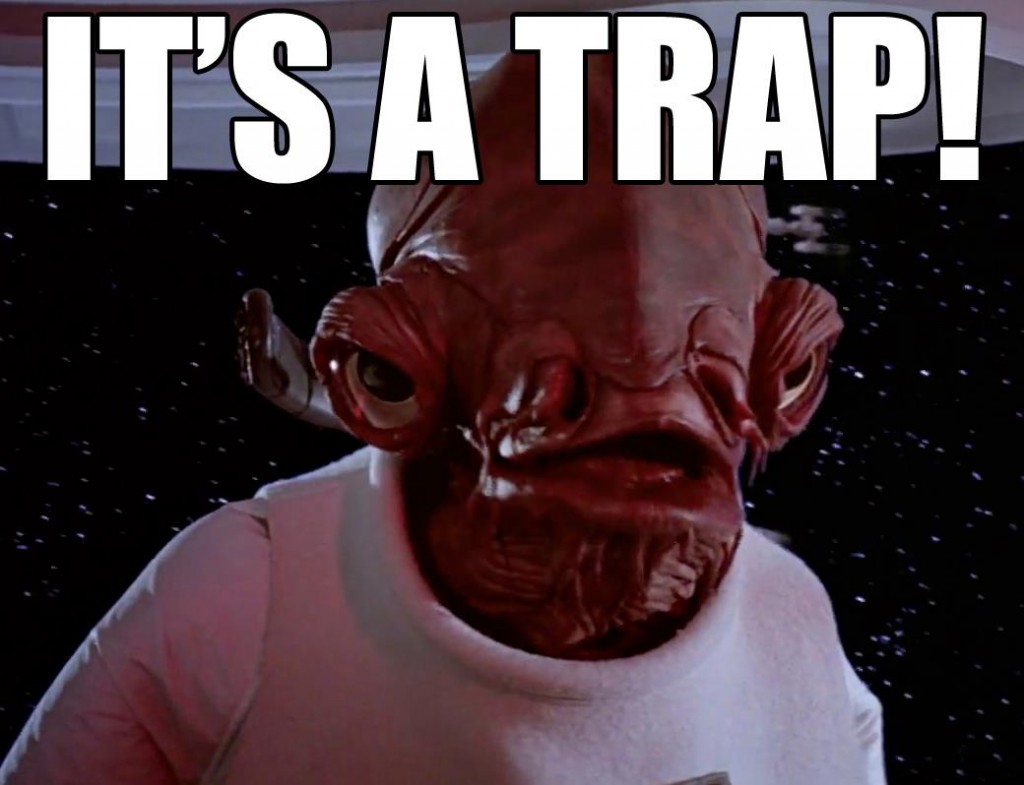 Ideally, you’d check the knobs from time to time to make sure they were staying spry. If you get trapped like the Kev, though, it’s easy to break out (or, you know, fix it) if you understand how the thing works. Here’s a diagram of a spindle knob set: 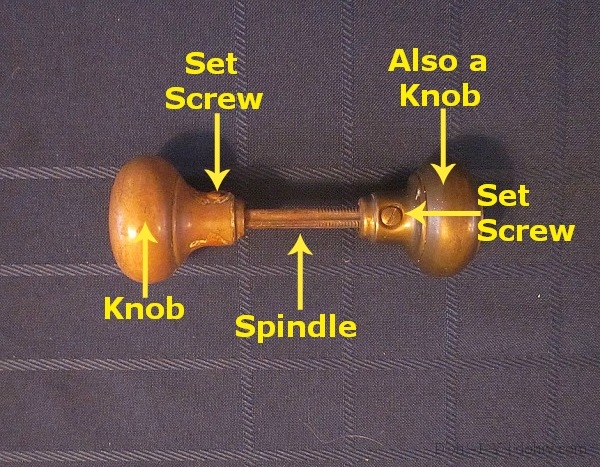 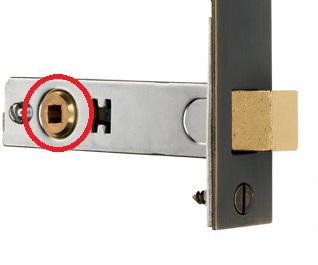 The square hole for the spindle inside the door (via)

But if the set screw has worked itself loose, the doorknob will spin, but it won’t move the spindle, so the spindle won’t turn, the latch mechanism won’t be engaged, and the latch won’t open. The set screw is the weak link in this system–just ask the Kev! (This is why newer doorknob sets don’t use them.) 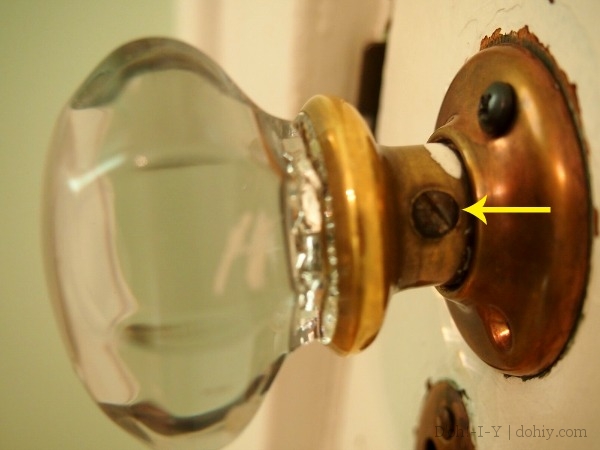 There it is! It might not be on the side, though–look underneath if you don’t see it.

Fortunately, that’s what happened with our doorknob. In that case, just use a blade screwdriver to tighten that puppy up. Jiggle the knob a bit to make sure the latch is extended first, and push or screw the doorknob onto the spindle until it’s firmly in place. Then, tighten the set screw. Check the set screw on the other side, and tighten it if necessary. After tightening, try it a few times (from both sides) to make sure it’s working. 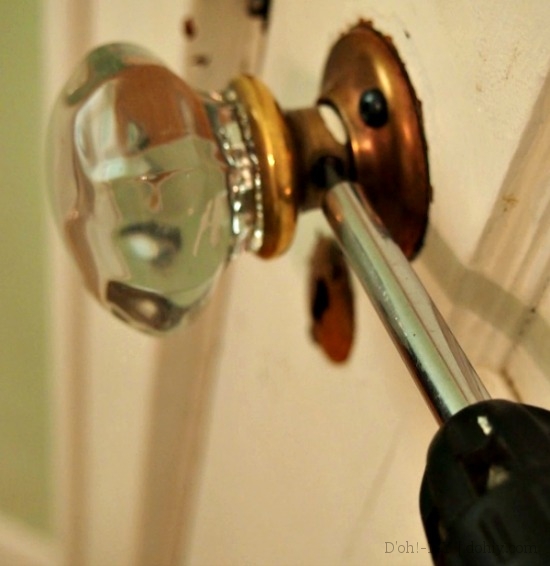 It’s just this easy! But we really need to strip and repaint this door.

Sometimes, though, the screw will have fallen out entirely. You really don’t want to try to replace these (set screws were not standardized, and you might not be able to find another), so mount a search. They are small, but fortunately, they can’t go far (unless CATS). It helps to remember that a set screw might just be a threaded cylinder with a slot at one end rather than a traditional fastener. 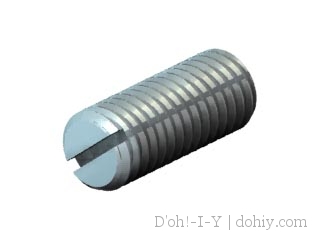 If you have old knob sets like these, it’s probably a good idea to keep a screwdriver in rooms that might otherwise become traps. It could even be decorative! 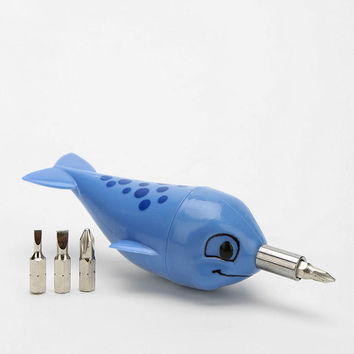 Also, be careful who you choose to get stuck with in the middle of the night.