Getting Crumbs All Over the Furniture

Let that be a lesson to the rest of you nuts!

I recently compared walnuts against stain markers for furniture touch-ups, and was pleasantly surprised to find that walnuts came out on top. My headboard test areas weren’t even the half of the problems, so I took a walnut to the rest of the headboard. 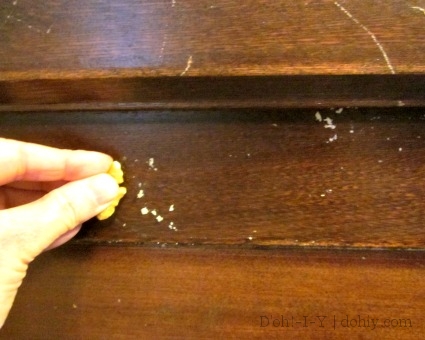 I discovered during the test that vigorously rubbing a walnut against a surface results in shredded walnuts, as seen above. You are left with a chunky nut flour, but it’s not anything you would want to use in a recipe! On a vertical surface like this headboard, you could quite easily end up with drifts of walnut dust under the bed…in the mattress…everywhere. To prevent this problem, I used painter’s tape and made a catch for the walnut goo. 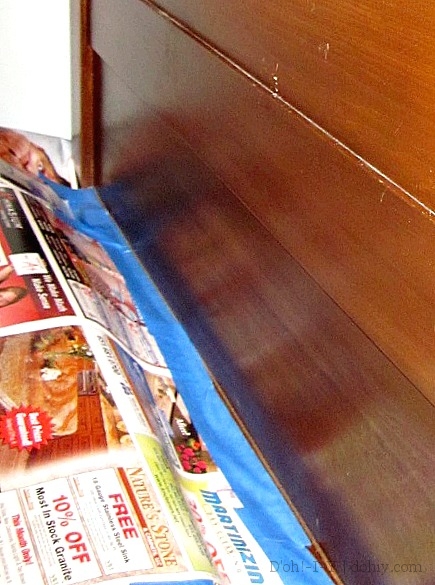 As I worked across the headboard, I found that this technique doesn’t work as well on gouges as it does on smaller scuffs. It does reduce the contrast slightly, but it doesn’t color large marks in completely. The bigger gouges would be a good job for a stain pen (if you happen to have one around after doing a blog post on walnuts and stain markers, for instance), but I chose to leave the flaws showing, to the greater glory of patina. 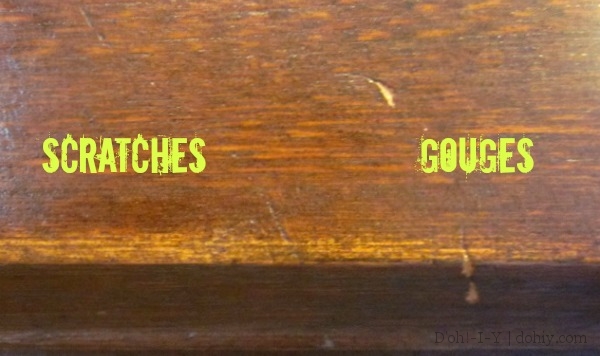 The difference between walnutted scratches and gouges.

After completing the walnut rub (about 20 minutes total including clean-up), I continued to be impressed by the power of walnuts. Here’s a before of the finish: 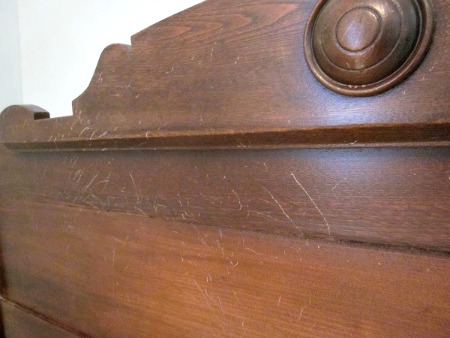 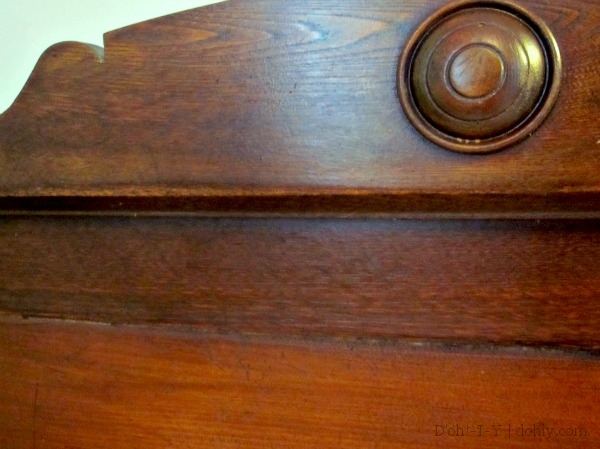 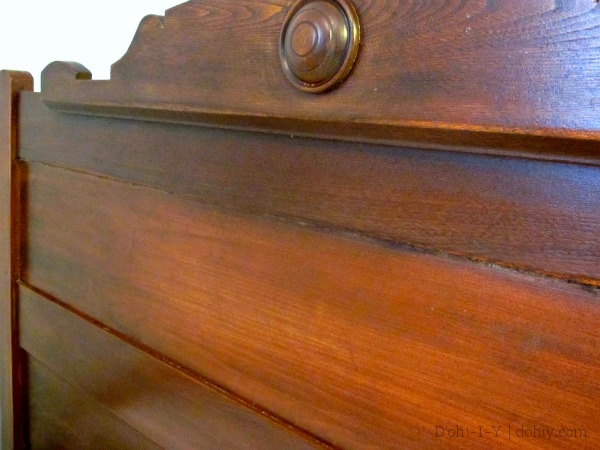 The whole headboard took about six walnut halves, a few feet of painter’s tape, and an old newspaper. I also swiped it with Old English when I was done. CHEAP AND EFFECTIVE! My favorite combination.

It may have occurred to you (as it did to me about halfway through) that this headboard could go seriously smelly if the walnut oil goes now in the finish goes rancid. According to woodworkers, walnut oil dries, and therefore does not go off when used as a finish. I’ll give it a sniff test from time to time just in case, and report back if woodworkers have steered me wrong (wouldn’t be the first time).