Willie: I’m from Scotland too! Where do ya hail from?
Homer: Uh…North Kilttown.

Our original dining room furniture was a work table and a few folding chairs. My folks gave us some money for real dining furniture, and we started perusing the want ads (this being in the long-long-ago before Craigslist).

We found an antique mahogany table and sideboard with six chairs. “It’s too grandma-y,” I grumpily opined. But the Kev said that it was high-quality furniture at an excellent price. And that he liked it. Since most of the house decisions to that point had gone my way, I yielded.

I soon found out why “grandmother” sprang to mind. On seeing it, my mother said, “Ooh, that’s Duncan Phyfe–your great-grandmother had a very similar set!”

So who is this Duncan Phyfe character anyway? Mr. Phyfe was an 18th-19th century cabinetmaker originally from Scotland, near Inverness. After emigrating to the states, he set up a successful furniture business in New York. He changed the spelling of his name from “Fife” to “Phyfe” to attract well-heeled customers. (Apparently, people love themselves some unnecessary P’s – just ask Price Pfister.) 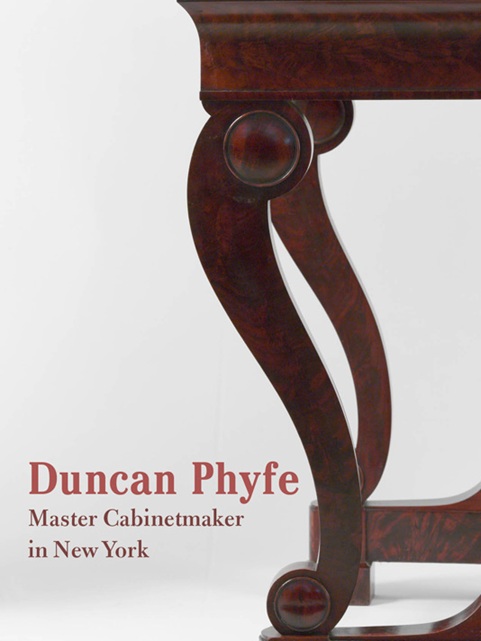 They are even exhibited in major museums (this poster is from the Met).

The style experienced a huge revival in the early 20th century through the early 1960s. This furniture is often called “Duncan Phyfe” but would more properly be referred to as “Duncan Phyfe style.”

Many US furniture companies produced work in the style (and many still do). One of the seats (heh) of the American furniture industry, Thomasville, North Carolina, built an enormous chair to commemorate local furniture-makers. They built it from concrete and steel and chose a style they thought would also stand the test of time — Duncan Phyfe. 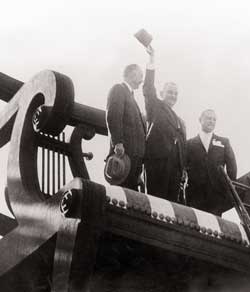 I grew to love our phurniture. The finish has a great patina, and it’s very well-made. I really like the line of the legs, which is simple but elegant. 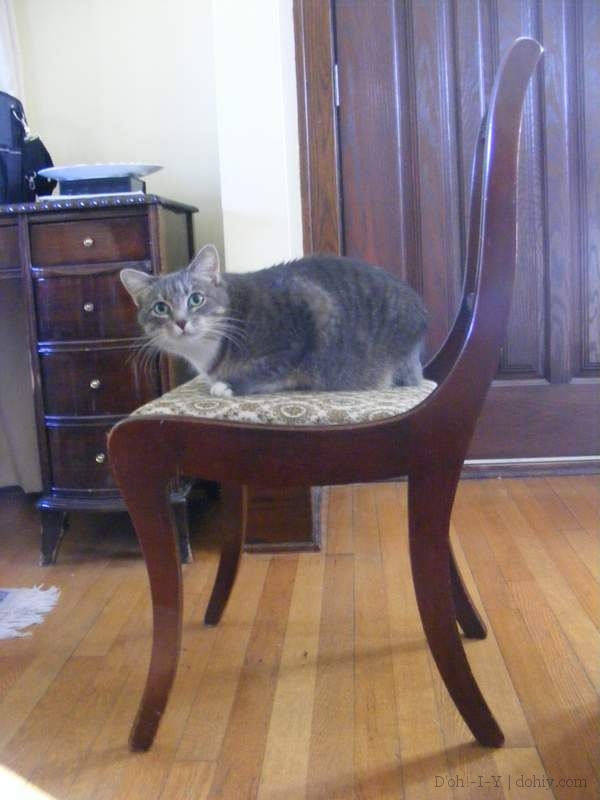 Oh, you have the camera out? That must be to do with moi.

Our chairs have the iconic lyre back seen in the Thomasville memorial (which is still standing, in case you are looking for road trip landmarks). The backs are the only overt ornamentation, and they are surprisingly comfortable. 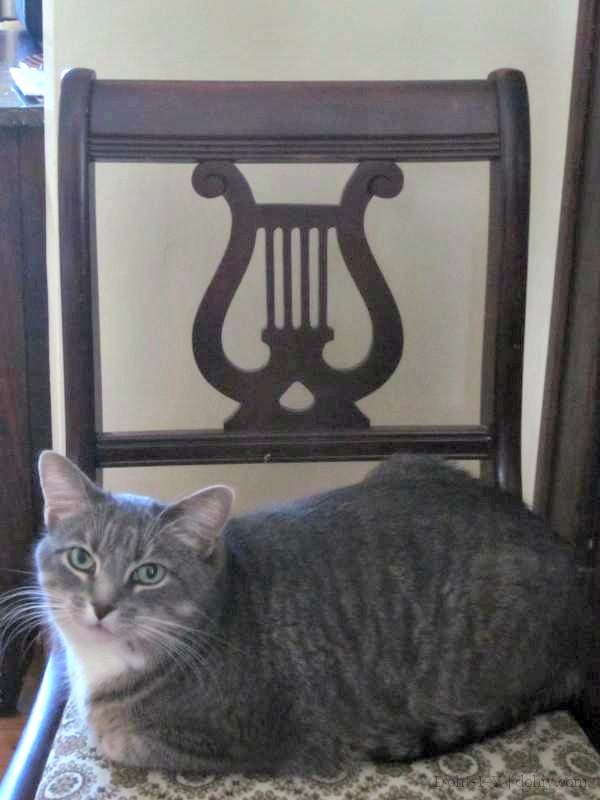 Mayya demonstrates the “seat” aspect of the chair. (Been meaning to reupholster these since Day 1; apparently, it’s not a super-high priority!)

Other back styles include carved roses and scrolls or fretwork. 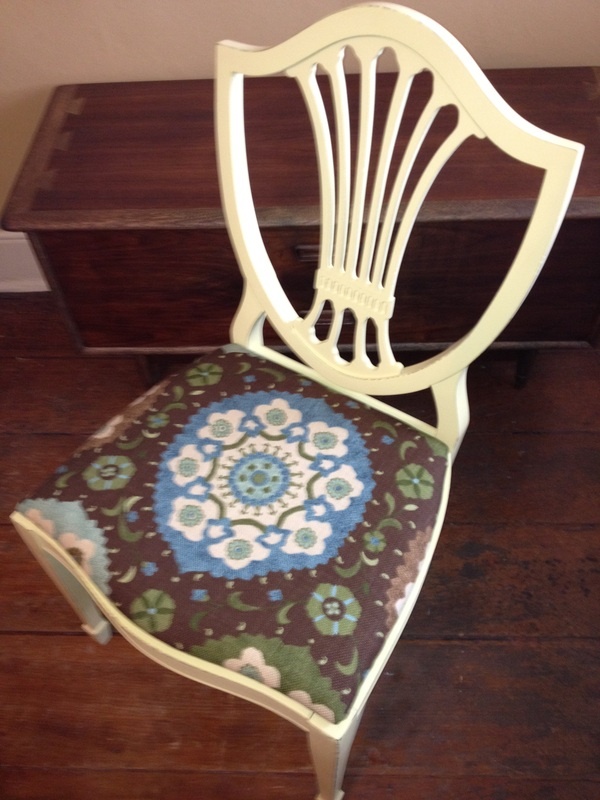 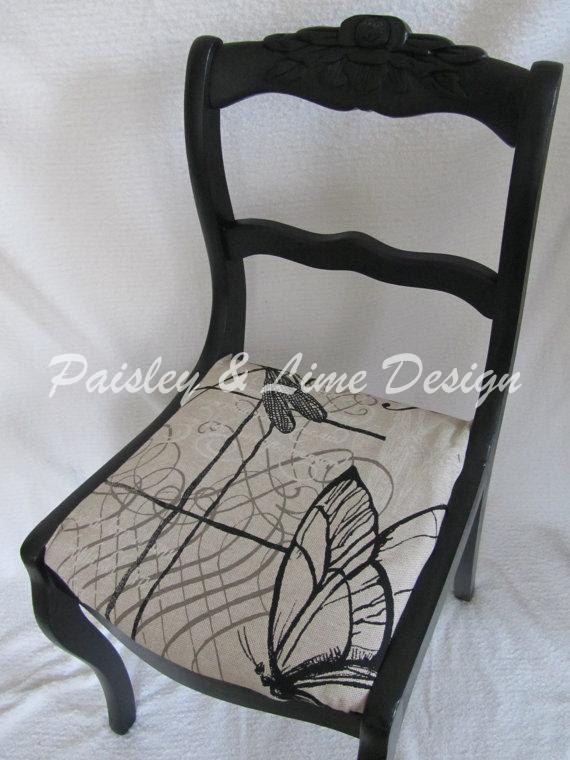 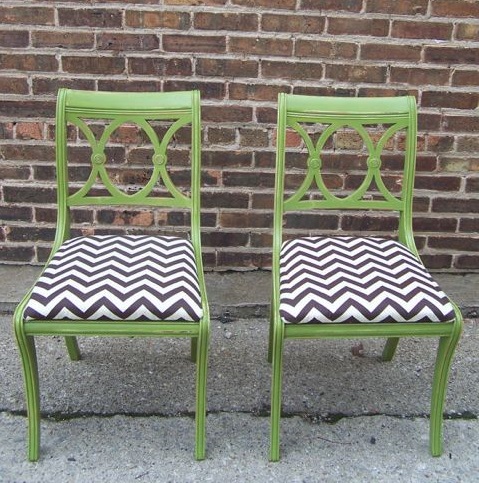 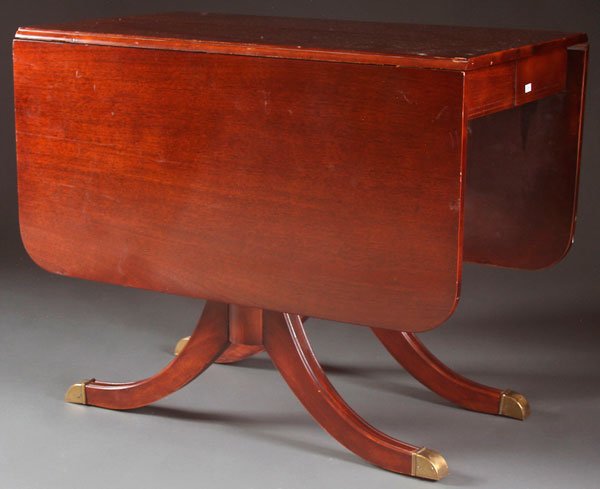 Duncan Phyfe-style dining furniture is readily available on the second-hand market. Occasional tables and upholstered pieces are trickier, but do crop up. On ebay and other national sites, sellers generally identify the style with the correct spelling, but on Craigslist, it’s more hit or miss. Try looking for “Fife” or just “mahogany” furniture. For the distinctive dining chairs, search for “lyre” or “harp” backs (I found similar chairs for use at larger parties by searching for “harp” chairs — $10 each!). I often see “rose” dining chairs as well, so descriptive searches are worth trying.

I still think it’s pretty grandma-y, but in a good way.