Stripping on the Front Porch: The Continuing Saga

We are still trying to strip the porch floor. Last time, we detailed a bunch of paint stripping products and techniques, none of which had really worked against the original layer. After that long line of failures and some research, we went in search of new options.

Marie from Random Musings suggested we try a heat gun. We have a heat gun, but hadn’t tried it because of the lead in the base layer (heating up lead paint can release toxic vapors). The Kev decided to give it a very brief and well-ventilated go. 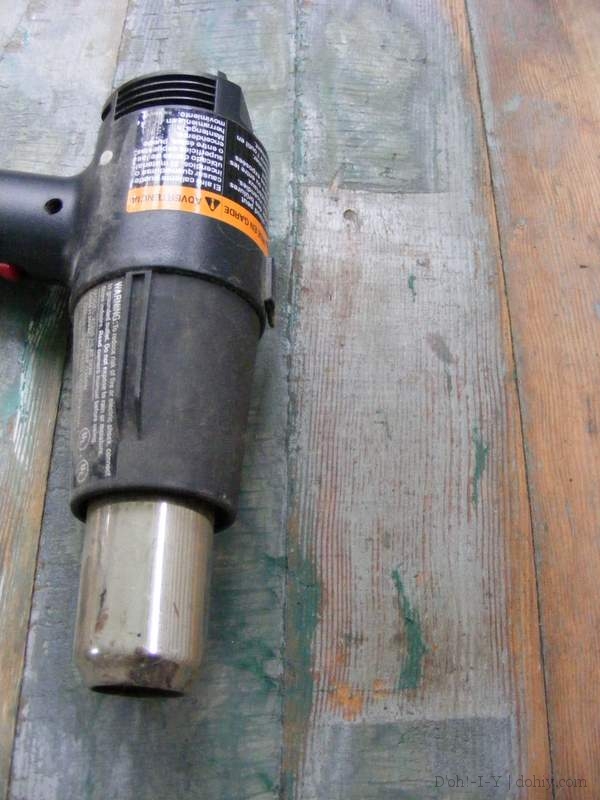 The heat was very effective on the green paint. JUST LIKE EVERYTHING ELSE! But the green paint is not the problem. The gray layer, though, just turned a bit brown and most of it refused to move. So…no. Which is discouraging because we are considering the infrared option, which heats the paint to a lower temperature than a heat gun. If a heat gun won’t budge it, is there any hope for a ridiculously expensive IR gadget? It bears further musing.

I brought up the issue at a family birthday party. (There’s only so long you can talk about cake. I’m a conversational saviour!) My dad, who is a private pilot and has restored a vintage airplane, spoke of paint stripper for aircraft and automotive applications. I looked into that and was surprised to find that said stripper could be purchased from regular retailers (in small quantities).

Friday night found us at Menards — date night! — in the paint section. After a while, you start to know who among the staff is particularly knowledgeable. One of the paint department managers is a true Knower of Paint, and when she approached us in the stripping aisle, I had great hopes. I turned to her holding a can of Aircraft Remover and said, “We’re looking for a stripper that will take off lead-based military surplus paint from 1922.”

She paused, then laughed nervously.

“Well, THAT might do it,” she said, indicating the toxin in my hand. “But you would need to be REALLY CAREFUL with that stuff.” Another pause. “Really careful.”

Then she backed away. 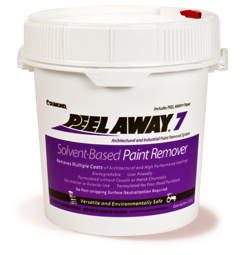 Which was semi-alarming. So we put off that purchase, and instead went in search of Peel Away, recommended by Little House on the Corner. We can find it locally, but problem is, it’s always in the Huge Barrel size. That’s expensive, and since we don’t know if it will work, we’ll need to order the Small Tub size online to see if we have a winner.

I also picked up a pair of gloves. Methylene chloride is awful stuff, and there wasn’t a glove available that was recommended for use with it. So I just bought some thick rubber gloves and hoped for the best. 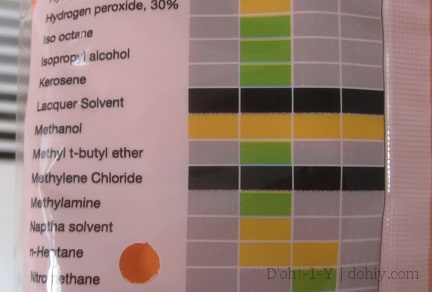 I applied as directed. There was some quick, gratifying blistering, but once I scraped, the base coat remained largely unbudged. 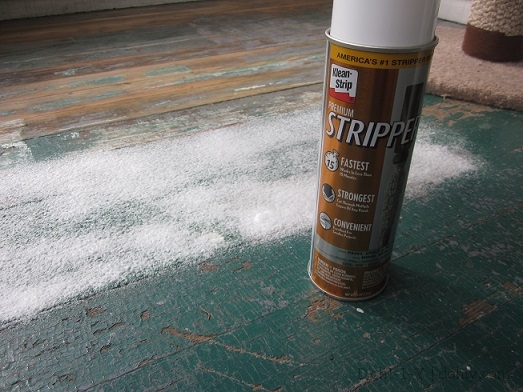 I reapplied, waited the full processing time, and scraped again. A bit more gray came off, but there was still a sludgey and immovable  mass coating the wood. A third application got a bit more off, but still left a bunch. 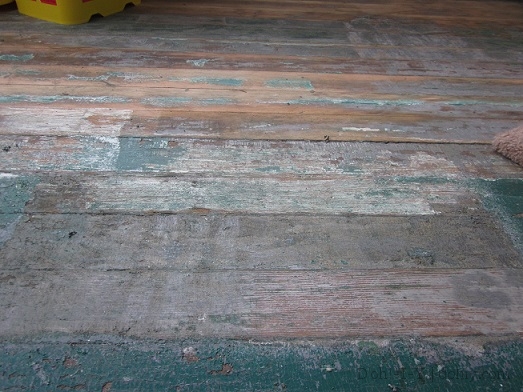 We just can’t reapply to every square inch fifteen times. That’s under the category Life’s Too Short. Actually, this whole endeavor is tending that direction! Next up, Aircraft Remover and/or Peel Away. Unless anyone’s got another idea — and if so, please let us know!

9 Responses to Stripping on the Front Porch: The Continuing Saga