Sneezing on a piece of paper does not count as a haiku.

One of the best forwards I ever received was a list of Microsoft haiku. My fave from that page:

With searching comes loss
And the presence of absence:
“My Novel” not found.

In case you did not have a grade-school teacher who led a multi-week unit on the subject, haiku is a Japanese poetic form with five syllables in the first line, seven in the second and five again in the third. 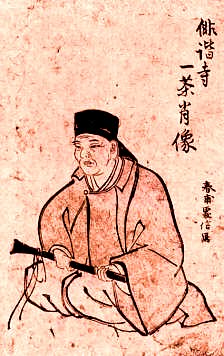 As you can tell from the above image, haiku was traditionally a dignified and classic art form. The English version of the form, however, readily lends itself to silliness. 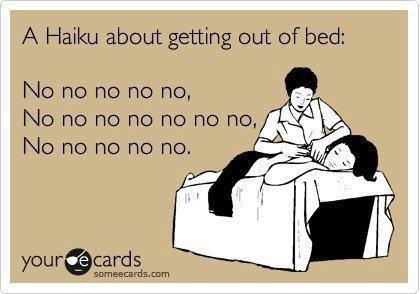 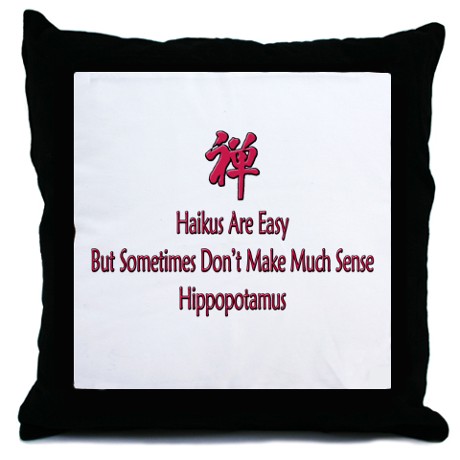 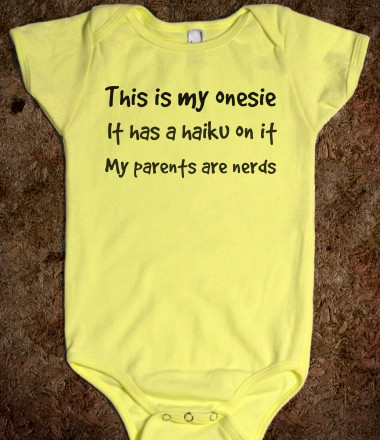 Speaking of nerds…I like to write haiku in notes to Kevin, usually about what’s in his packed lunch or what needs to be picked up at the grocery. So how about some home improvement haiku? Here’s a few inspired by our DIY adventures.

Darkness surrounds us
Hold the light where I’m working
Higher. LOWER! There.

Fish-like scale, painted
Rainbow hues in one moment
I miss my thumbnail

The last screw that size
Really? Lowe’s closes at nine
We can make it, drive!

Do you haiku too?
We would love to read your verse
Please add in Comments!