You sound like you’re ready to become your own boss in the exciting world of frame-nudging!

Y’all may remember that I purchased some geeky artwork for our bedroom redo. 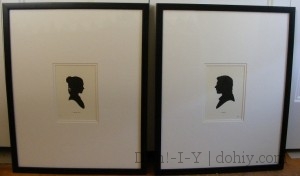 Framed, but not hung.

By the way, what ever happened with the bedroom project?? Well, we’re done except for the window treatments. I did not finish “treating” the windows before Kevin’s sister, her younger son and his friend arrived. We’re having such a good time with them that the windows will just have to wait! Haven’t been to Ikea yet, but it will happen…

I wanted to hang these facing each other over the bed, but I was afeared! I thought there was no chance I could achieve the elusive straight-and-level matched installation, especially since the frames were such a contrast with both the mats and the wall.

I perused the picture hanging hardware at Menards for ideas, and picked up a pair of these: 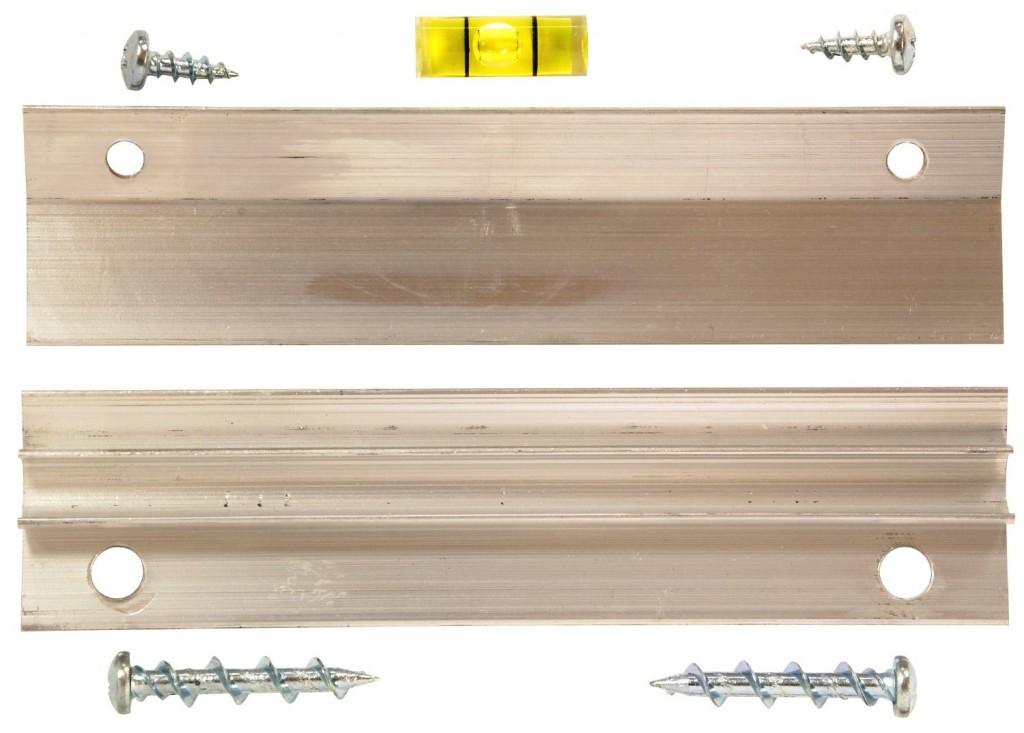 This the OOK “Hangman” French Cleat. They come in several sizes, but this version is about five inches wide, and more than adequate for my needs. 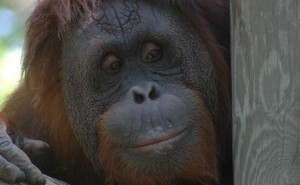 So what’s so life-transforming about that? A French cleat interlocks over the whole length of the hardware, so if you get the hardware straight, the artwork will be as well. Hanging with wire is less precise because it’s hard to exactly pin down the distance from the top of the frame to the wire and using more than one hanger complicates matters. 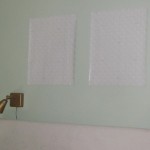 With the hardware purchased, I felt action might be imminent. I actually started to think about hanging the pictures rather than just moving them around the room so we didn’t trip over them. Audacious, right? I figured out where to hang them in relation to the headboard by using paper templates. I moved these around a fair bit while settling on the final location. The Kev had no opinion.

With the location established, the first hardware step is to attach the hanging part of the cleat to the frame. 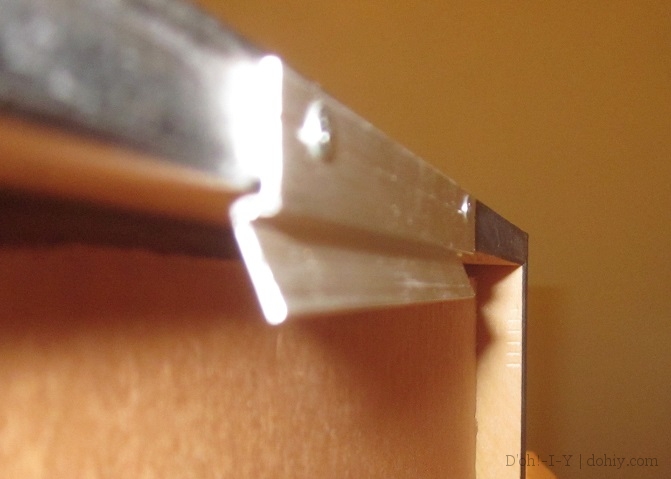 The other piece attaches to the wall. I tried to take a good picture of the wall piece’s profile so you could see how it hooks together, and finally used a cat to prop the thing up. She was supervising anyway. 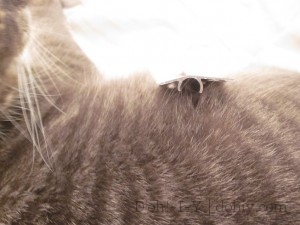 The flat part on the right will be flat to the wall. The angled piece will jut out away from the wall so that the angled part of the frame piece will fit right against it. (The round bit is to insert a cheesy little bubble level; I used a long level instead in the interests of complete straightness.) The cat part lazes about looking simultaneously bored and critical.

Here’s a diagram in case you are spatial-relation-challenged as I am:

The difference between this diagram and the OOK thingy is that the OOK product nestles underneath the frame so that the frame is flat against the wall; no need for a spacer as shown in the diagram.

I measured down from the top of the frame to determine how far down the wall side would need to be to match up. Then I measured down from the top of my paper template the same amount and made a centered mark. I used our stud finder to, um, find a stud. Because that’s what it’s for. I drilled an extra hole in the wall piece to match up with the available stud. I screwed into the stud, then leveled as if my life depended on it, then added the second screw (and checked for level again).

Then it was Hangin’ Time. 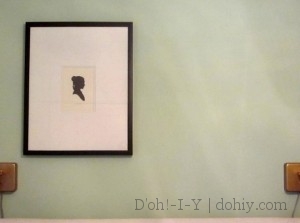 After measuring about 23 times and marking across carefully, I centered the other wall piece and attached it. There was quite a bit of checking and nudging and hinting and standing back and looking, but eventually, we got there. 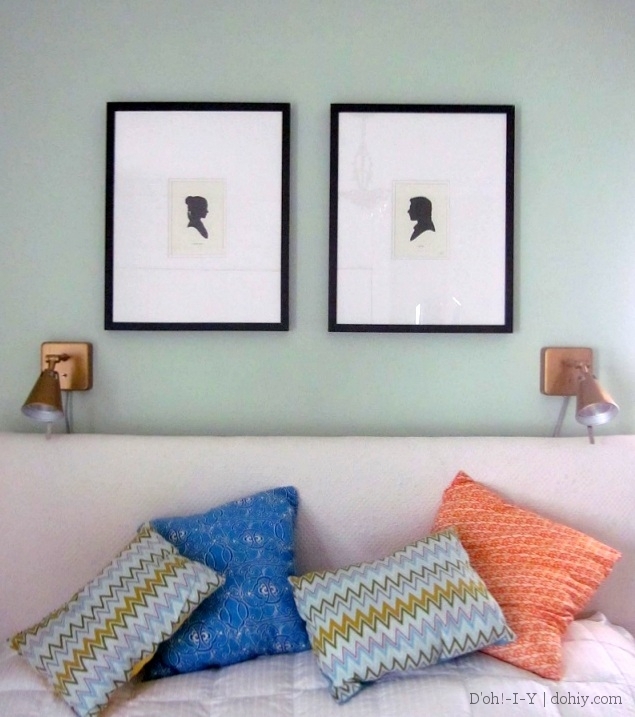 Perhaps slightly closer to the wall light on one side, but unarguably level.

I’m still loving these prints — even more now that I can’t stub my toes on them.

UPDATE: After several months, the top rails on these frames bowed at the cleats and I had to resquare them. For lighter-weight frames like these, I would recommend shoring up the frames first, and then hanging with the cleats. Learn how here.