Life Lessons: Giving Away a Mattress on Craigslist

We’re avid Craiglisters, so I thought I knew a thing or two about the site, but today was just super-instructive. I end this day older and wiser for a change. 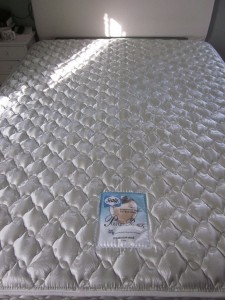 We’re taking implements of destruction to our bedroom walls, so the mattress and boxspring have to go until we’re ready to move back in. It’s time for a new mattress, so we thought HEY, let’s give this set away on good ol’ CL.

I listed it, and received 20 inquiries in fewer minutes. I contacted the first responder (I’ll call him Bob) who wasn’t trying to cherry-pick. (Seriously, people, it’s a free bed — I don’t know what the coil count is!) Bob said he could come in a half-hour. SWEET!

About a half-hour later, I notice a truck drift past the house and park around the corner. After a weirdly long gap, Bob’s at the door. But he only wants the mattress, not the boxspring. We are very apologetic, but explain that it’s a package deal or nothing.

LESSON 1: If you are listing something with interdependent pieces, be clear in the ad that it’s all or nothing. I didn’t explicitly say that the mattress and boxspring had to go together. It didn’t even occur to me.

I go back to the responses and call the next guy. Carlos is VERY EXCITED about the mattress, and says he can come in 45 minutes. I make sure to ask, “You want the boxspring too, right?!” He confirms, and all is well.

Twenty minutes later, the bell rings. Carlos must be early! I go to the door, and a very pleasant man introduces himself.

His name is Bob. 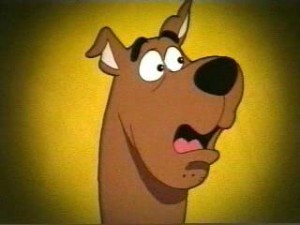 I am flustered, to say the least. I tell him the whole sad tale, and he is very nice about it. I promise to call him if Carlos doesn’t show. For the second time today, I apologize. Profusely!

So this is a thing now? You put your general location (not even an address) on the CL map feature, and some random guy drives to your neighborhood, looks around for the house with the MATTRESS ON THE PORCH, and then brazens it out?

LESSON 2: Don’t use that map thing on Craigslist!

LESSON 3: Ask for their name when they arrive. That first Bob wasn’t the One True Bob, and I could have saved myself considerable embarrassment (and True Bob some inconvenience) if I’d figured out that Fake Bob was only a pretender to the mattress succession.

Which leads me to the most surprising lesson of the day…

LESSON 4: Don’t underestimate what folks are willing to pay for. It would seem that people will trample their own mothers for a free used mattress! I could have charged a little something for this puppy and still had it gone same day, all without having to meet Fake Bob.

This entry was posted in D'oh!, Furniture, Salvage. Bookmark the permalink.