Marge: Have you been drinking?
Homer: No! Well, ten beers.

If you’ve ever seen the original Bob Newhart Show, you’ve probably heard of the “Bob” game.

Tangent: If you haven’t seen this 1970s classic, you might recognize Carol’s voice. That’s Marcia Wallace, the actress who voiced Edna Krabappel until her death a year ago this week. 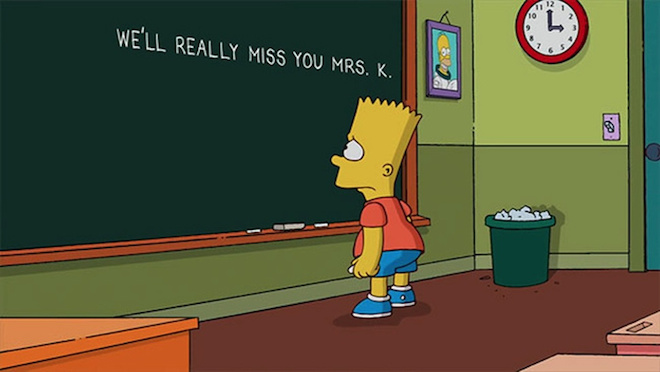 Back on topic: the “Bob” game in its simplest form involves everyone taking a drink whenever anyone on the show says “Bob.” But the show used everyone’s name frequently (as in the clip above), so an alternate version involves everyone picking a name of a major character and taking a drink whenever that character’s name is used. I never played this game, because I didn’t go to college in the 1970s. But it was still legendary by the time I did go!

Still on topic (bear with me): Here’s a picture of our main bathroom.

What’s that on the bath ledge?? Well, it used to be a real orchid, but now it’s a fake. I know that’s anathema to many, but given my real orchid experience, I’m ok with it! My original orchid was purchased while in flower. Floral suppliers know what they are doing–they get the orchids to bloom and sell them while they are all showy. I decidedly do not know what I am doing with even an “easy care” orchid, such as our original plant. I certainly kept it alive for several years, but after that initial flowering died back, it did not rebloom, despite my research and fussing over it. The plant itself was very healthy, but orchids…let’s just say they aren’t grown for their foliage. 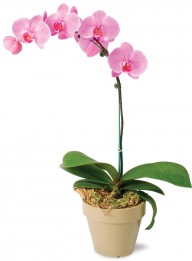 No one’s looking at you, leaves. (via)

It is supposed to be easy to get the popular phalaenopsis orchid plant to rebloom (I’m sure many of you have done it), but an informal poll of our friends who bought them or received them as gifts indicates a low success rate. I finally gave away my set of orchid leaves to someone who later chucked it because she couldn’t get it to bloom either.

If you use a faux orchid, small and simple is the way to go. Too many fakes are so large and exuberant as to be unbelievable. My small fake originally had more leaves and another two flower scapes, which I trimmed out. People ask me how I keep it so healthy!

You see many, MANY orchids in blog and decor photos. I call them Obligatory Orchids (OOs), while calling mine an Obligatory Fake Orchid (OFO). (I’m guessing there are more OFOs than bloggers will admit to.) Whether real or a good fake, they add a touch of height, drama, and luxury to a room. Judging by the internet, a lot of people agree.

Screenshot from image search for “interior decor vignette” — at screen size, I saw four in this sample.

So here’s the drinking game idea: go to Pinterest or Houzz or the “decor” section of a magazine site. Scroll through the pictures. When someone in the group spies an OO or OFO, everyone else takes a drink. Or vice versa, depending on the goal of the evening. Or play for money. Kev and I played for M&Ms the other night, and I was the OW (Obligatory Winner).

Winter is coming. Consider this another entertainment option for the long, cold nights!